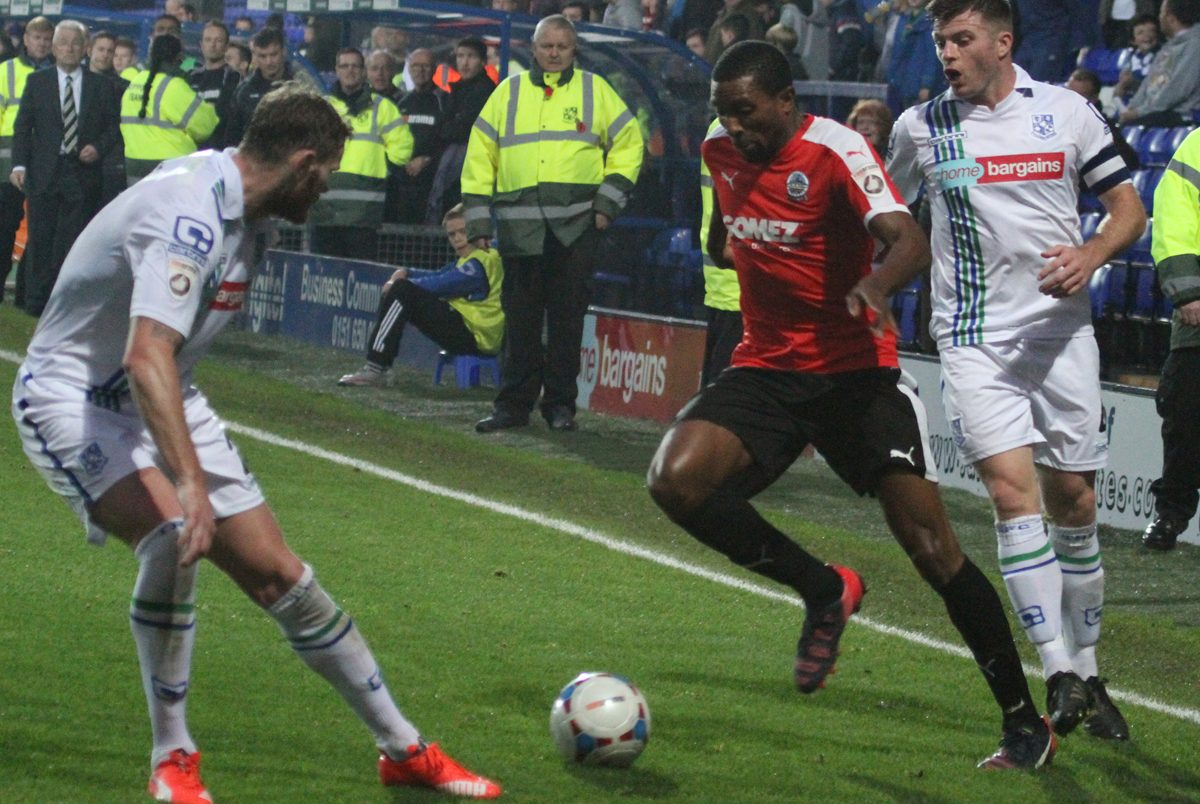 *BS*Whites defender Tyrone Sterling says it is great that the club has sealed their playoff spot – but promises there will be no taking their foot off the gas this weekend in their final match of the regular season.*BF*

Forest Green Rovers come to Crabble this Saturday, in a 5.30pm kick-off, having already guaranteed second place in the table. They sacked manager Ady Pennock today (Wednesday), meaning there is an extra angle on the weekend’s game – but Whites know what their job is.

Win, and Chris Kinnear’s men could finish in third – something that would keep the momentum up. That, according to Sterling, could be key: “We go into every game trying to win. The gaffer and Jake have made that very clear to us – on Saturday, against Forest Green, we want to pick up the three points and go into the playoffs on a high.

“There will be no resting up for this game – there’s still a lot to play for.”

Whites’ playoff spot was booked after the 1-1 draw against Kidderminster Harriers last weekend, but Sterling admits the side initially weren’t sure if they had done enough: “When the whistle blew, we didn’t know at the time that we were definitely in there. However, we soon realised when we saw the reaction of our supporters – who had been brilliant throughout the game.”

“We’ve worked hard all season long and we deserve to be where we are. It’s a really happy camp right now. People say there is no pressure on us in the playoffs, and in one sense that’s right, but as players we will be putting the pressure on ourselves – and that can be a good thing.

“We have expectations of ourselves and of each other and we are determined to win promotion together.

“There is no preferable side to play in the playoffs – whoever we get, and whether we are at home first or second, that’s absolutely fine.”

Sterling was named as both Supporters’ Player of the Season and Players’ Player of the Season in the last campaign, but found this season tougher going because of injuries he has sustained. He said: “It’s been a bit of a tough season for me, which has been disrupted by injury at times. However, if I get the nod from here on in then I’m determined to do my best to help us achieve what we know we are capable of.”

The former Dartford man recently signed a new deal to keep him at Crabble until the end of the 2016/17 season – and said he was delighted to stay: “The decision to sign a new contract here was an easy one to make. Where else would I want to play my football? I’m happy, smiling – and looking forward to the next couple of weeks and next season.”