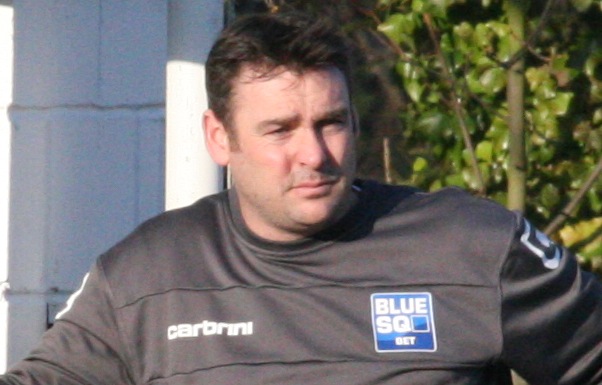 Throughout their career a footballer can expect to receive a lot of advice, some useful and some not so. Coaches, team mates and even fans will always put their two-penneth in with the vast majority failing to make any kind of lasting effect.

For Whites’ assistant manager Steve Brown one simple piece of advice has helped him shape a 16 year career at the sharp end of professional football.

The sentiment came from Brown’s father, who sat him down as a young boy and told him, “You will get out of life what you are willing to put in”.

Remembering the valuable lesson Steve said, “This is still the best piece of advice I have ever received. I was left with no doubt that the only person I was cheating by not giving my all was myself”.

In fact it was hearing about his fathers footballing exploits that first spurred Steve’s love of the game.

“My Dad played professional football in South Africa for five years before he was stopped by the apartheid. He then came back to play in England and spent the rest of his playing days at non league clubs in the Sussex area. You can definitely say that football was in the family genes”.

Wanting to follow in his fathers footsteps, a young Steve Brown began playing Sunday morning football like every other child. The self confessed ‘glory hunter’ started to support Liverpool, a decision he still stands by to this day, and tried to emulate his heroes Dalglish, Souness and Hansen on the school playing fields of Brighton.

After time Steve’s talents started to be noticed, on the merit of his performances for his secondary school team he was then selected for East Sussex and Brighton Schoolboys. Brown’s career took a huge step forward when he was signed up to train for Brighton on ‘schoolboy form’ for two consecutive years.

It was at this point that Brown hit one of the first obstacles in his career.

“I just fell out of love with football for a time, when you’ve got a squad of 25 boys and only 11 can play you spend a lot of time just training. I missed the competitive edge of matches and as a result I began to enjoy my football less and less”.
*Ppic1*
In a bold move the 14 year old Steve decided not to sign up for another year and was released by Brighton and returned to playing for East Sussex and Brighton Schoolboys.

Although this drop could have dealt a huge blow to his prospects Brown stuck to his mantra and continued to apply himself fully. Soon enough his class shone through and thanks to a bit of luck he was picked up by a Charlton scout and offered an apprenticeship at the club.

Although this move was a step in the right direction this was by no means the end of Steve’s difficulties as he pursued a full time career in football.

After adjusting to the sudden step up in class and after a year of sheer grit and determination he had managed to break into the Addicks reserve team. He applied himself in a similar fashion the following year and earned regular reserve team football which then led to a professional contract at the club.

But this success didn’t come easily as Steve explained, “Every single year was tough, I was behind the rest of the boys at the club when I arrived and had to fight to the front of the pack to get noticed”.

Looking back at his route through to his first professional contract he maintains that perseverance and determination have to take precedence for anyone who wants to play football for a living.

After being released from Brighton as a 14 year old to securing a full time position at Charlton in the course of just a few years Steve definitely speaks with experience.

“It’s not about how difficult the climb to professional football is because it’s a certainty that you will face difficulties, everyone will at some point. It’s really about how resilient you are. Lots of players get rejected once, twice, even three times before someone takes a chance on them. You just have to refuse to give up and learn not to take one persons rejection as final”.

Securing the professional contract was a major step for Brown and he now focused his efforts on securing a place in Charlton’s first team. However, little did he know that his career was about to come under threat before it had even got going.