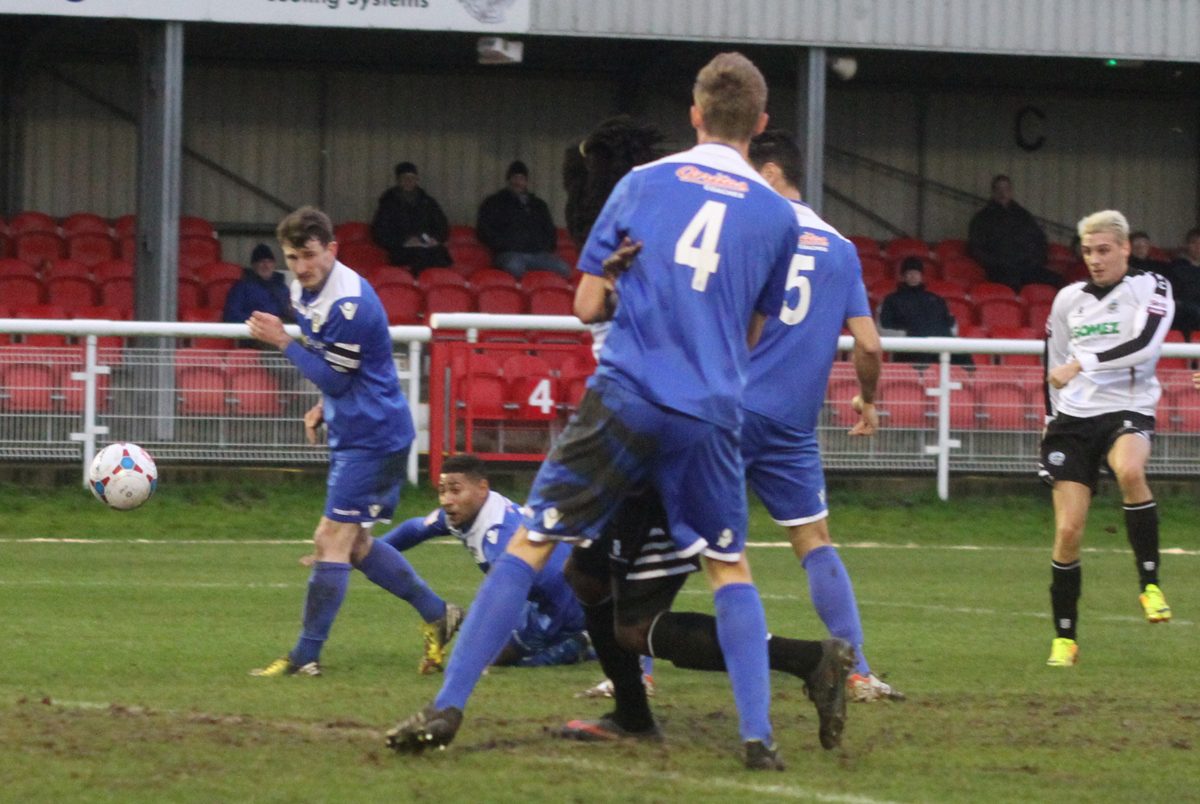 *BS*Whites let slip the chance of moving up to fifth place in the league on Saturday, losing 3-2 to Bishop’s Stortford after being 2-0 ahead in a game of two contrasting halves at Crabble.*BF*

Jason Burns reports: “Bishop’s Stortford stunned Dover at a windswept and wet Crabble, coming from behind to win after a second half comeback.

“Cool first half finishes from Liam Bellamy and Tom Murphy put Whites in command, but following a tactical gamble and substitutions by the visitors, Stortford levelled through strikes from Ashley Miller and Cliff Akurang.

“With Dover pushing for a winner in ever worsening conditions, Stortford hit Whites on the counter attack with Brian Woodall slotting home the winner to lift the opposition into the play off places.”