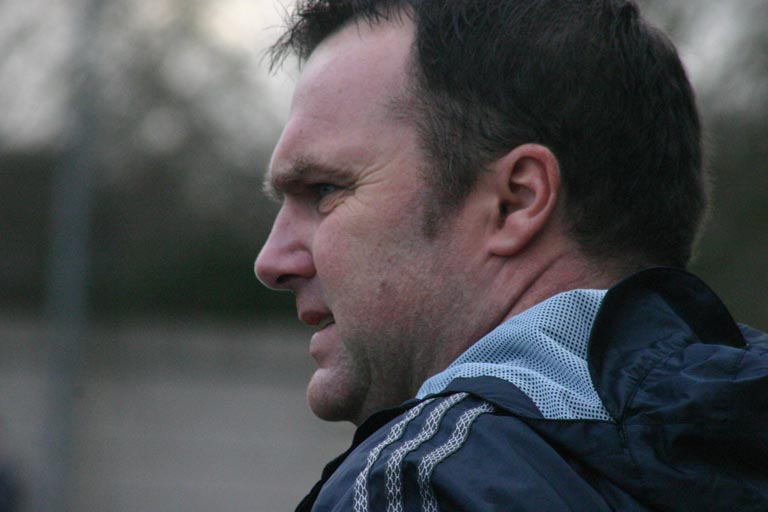 *BS*TERRY WHITE admits he has been a grumpy bear since watching Dover’s 3-1 defeat at Dulwich.

*BF*The Whites caretaker-boss never takes defeat well and he cannot wait for the Molesey game on Saturday so he can get it out of his system.

He said: “I hate losing and turn into a right old grumpy bear. The defeat is hurting because before they went 2-0 up we were taking control of the game – and I felt had we levelled at 1-1 we’d have gone on to win. However, we go 2-0 down and of course are left chasing the game.”

Terry is currently working hard on bringing a creative midfielder to the club, one who can score goals into the bargain too.

He said: “It doesn’t take a genius to work out that we need someone who can create chances for our frontmen and can score from midfield.

“This is an area I am working on at the moment – and all week, in my breaks at work and during the evenings, I am on the phone virtually all the time trying to bring someone new to Crabble.

“The lads have been great since I’ve come here and although I gave them a right ear-bashing at Dulwich I understand they gave it 100 per cent.

“Our desire was there and that pleased me. And, of course, Jimmy Dryden performed to the kind of level I know he can. He was brilliant and that was a massive positive for us.”

Terry said there was no chance of the club signing Brighton midfielder Doug Loft on loan, despite rumours suggesting a deal had been struck with the Seagulls.

He said: “I don’t really want to comment about players contracted at other clubs – but Doug won’t be coming to Dover.

“We have irons in the fire and hopefully can get someone in soon. However, I am not just going to bring someone in for the sake of it.

“Dover are not an average run-of-the-mill club at this level and I’m looking for players who have the right temperament to handle the pressure here.”

A lot has been made of Clive Walker being invited to summarise on the WhitesLive internet commentary service on Sunday.

Terry insisted he had “absolutely no problem” with Clive offering his viewpoints on the game – and has an excellent relationship with the Whites boss.

He said: “Clive is not the sort of guy who would make comments about the team that he wouldn’t relay to me. I value Clive’s views – and everyone has a view in football. It’s part and parcel of the game.

“I’ve been put in charge of first-team affairs and desperately want to help the club get out of this division. So far, apart from the result on Sunday, I am enjoying it here.”