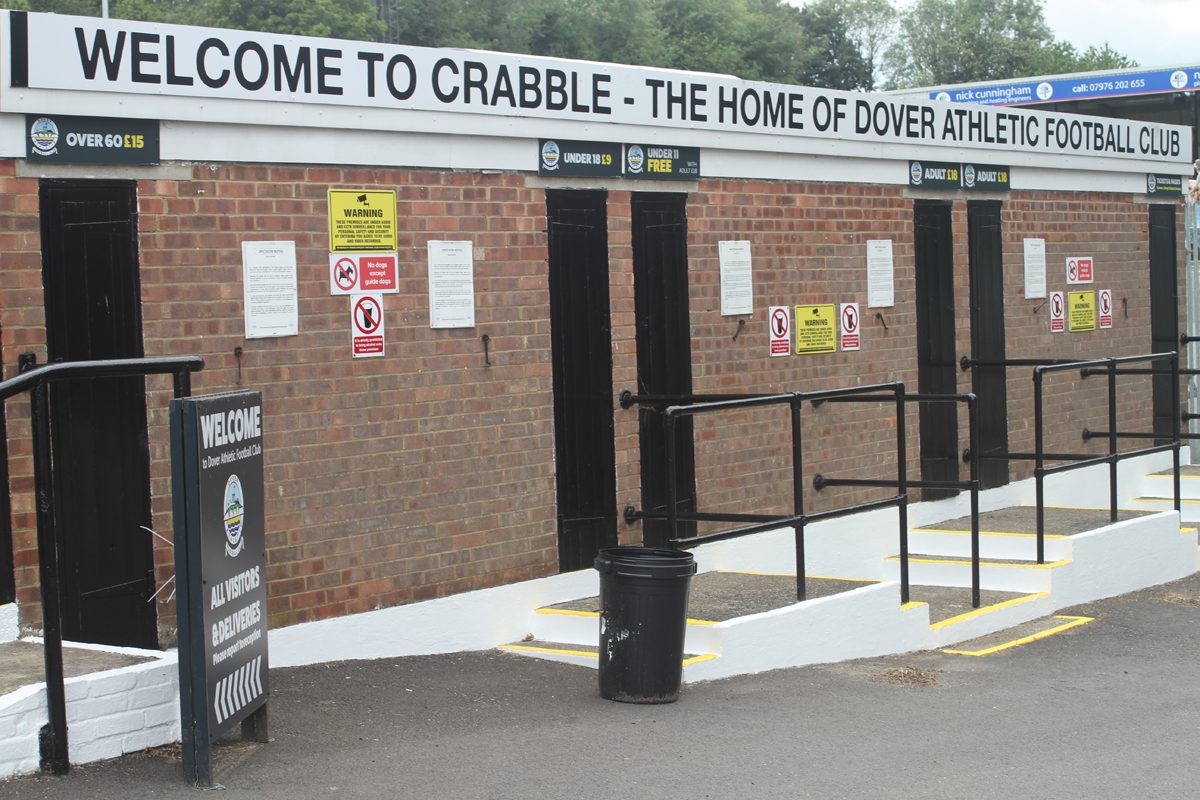 Dover Athletic Chairman Jim Parmenter and the board have had to make some very difficult decisions after it was confirmed by the National League that the 2020/21 season is scheduled to start on Saturday, October 3.

Even before a football is kicked in anger, the club is fighting to ensure its survival.

At present, plans communicated to to the club could see capacity caps of 15% at Crabble – that percentage means a limit of 861 spectators with no away fans allowed in.

As a consequence, we have had to review season ticket arrangement for this season and the following things are being put in place:

While we await confirmation of the exact cap figure, there will be no under-18 season tickets on sale.

To ensure that the club is able to remain solvent, that means making very difficult decisions to make the  most of limited ticket sales.

Under 11s for free is also under review and plans in this area will be communicated closer to the start of the season.

However, if under 11s are included in the cap figure it is likely, and with deep regret, that the club would have to remove this ticket for the 2020/21 season, or until the cap is lifted.

The Chairman said: ”Everyone will appreciate the difficult times ahead and we ask our loyal supporters to understand and give us as much support as they can.

“The Board will do everything we can to keep the Club solvent and be as competitive as possible on the pitch working closely with Hess (Manager Andy Hessenthaler) and his management team.

“I would like to stress that the situation is dynamic and the Club is keeping everything under regular review and will react to bring things back inline with normal as soon as restrictions allow.”