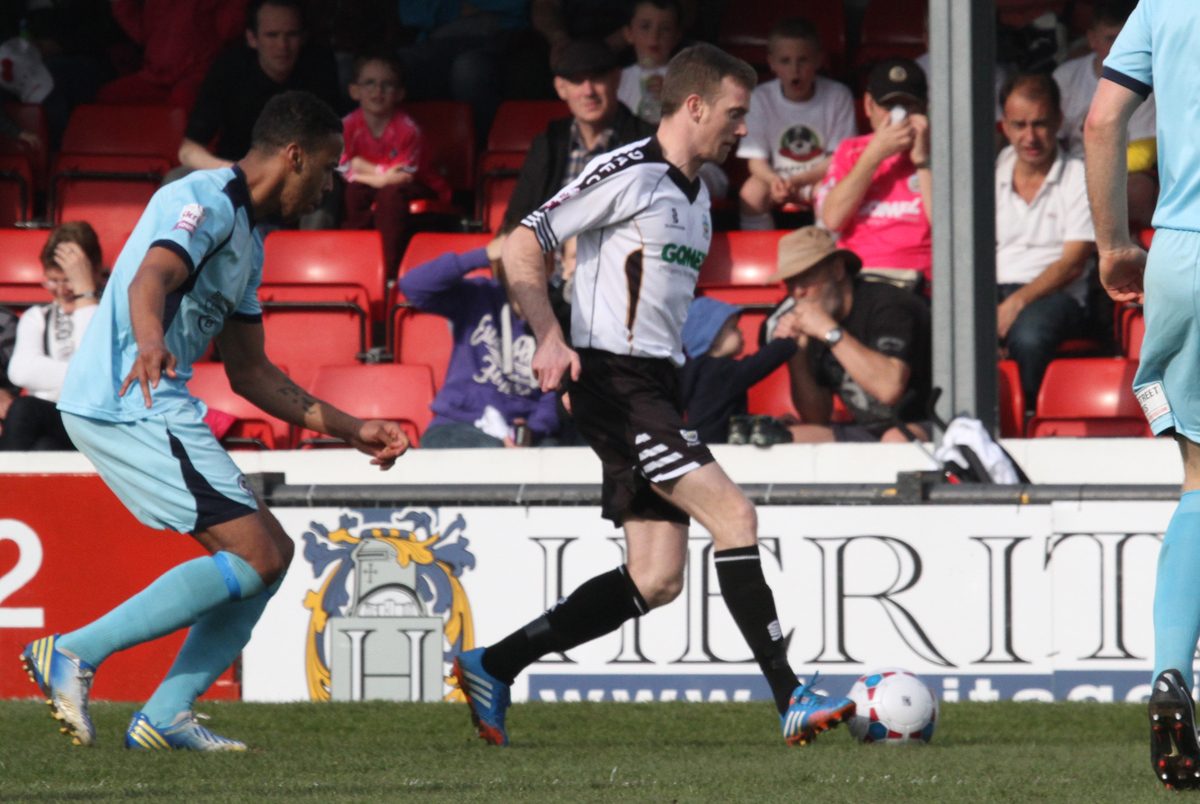 *BS*Dover Athletic are delighted to announce that Barry Cogan, Liam Bellamy and Lee Hook have all signed new contracts with the club.*BF*

The trio have agreed one-year deals to see them through to the end of Whites’ first season back in the Conference Premier.

Midfielder Cogan is one of the club’s longest-serving players, having joined Whites in November 2010.

Last season was widely viewed as his best since his arrival, playing in 44 first-team matches and ending the season with 15 goals.

It was the 29-year-old’s late penalty in the final regular fixture of the season, against Hayes & Yeading, which sent Whites into the play-off campaign which culminated in promotion to the Conference Premier.

Also signing on for another season is experienced goalkeeper Lee Hook, who has now been at the club for over five years. The 35-year-old made three appearances last season, all in the Kent Senior Cup, but plays a key role as understudy for Mitch Walker.

The club are delighted that Barry, Liam and Lee have committed their efforts next season to the club.