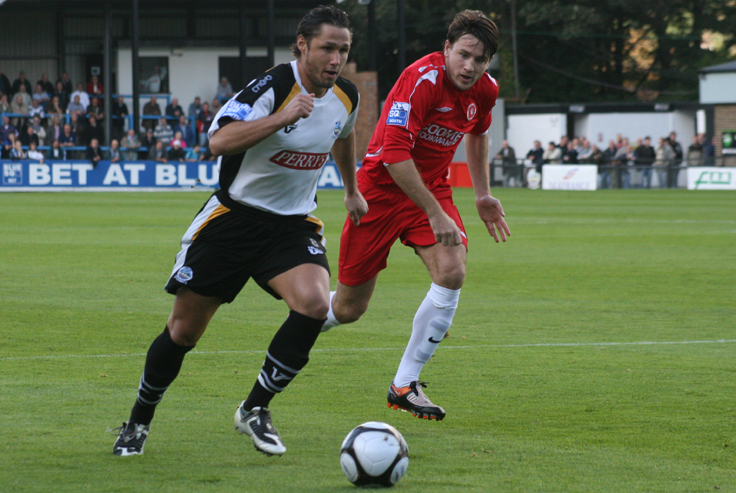 *BS*DOVER ATHLETIC have released Tom Davis for a months loan to Croydon Athletic, who are challenging for promotion in Ryman South.*BF*

The hard working midfielder scored on his debut in the Rams’ 3-1 win against Worthing on Saturday, a result which helped Folkestone Invicta stretch their lead at the top of the table to four points.

Tom Wynter, who has been a consistent performer for Dover at left back in recent weeks, had to return early from an extended loan due to an injury crisis at Priestfield.

The Gillingham teenager was an unused substitute in their 2-1 loss at Huddersfield on Saturday.

Whites coped superbly at Havant & Waterlooville though, despite a depleted squad. Andy Hessenthaler named himself and Craig Cloke on the bench, plus a not fully fit Dean Hill. Matt Fish stepped in at centre back and supported Olly Schulz, who thwarted Havant’s direct long throws and crosses throughout.
*Lpic1*
On the injury list for Dover were Lee Browning, Sam Gore and Jake Leberl. Jon Wallis also picked up a knock in the dying minutes. On a positive note, Whites’ starting midfield and attack was first choice. This proved crucial as Nicky Southall, Jon Wallis and Shaun Welford scored cracking goals to grind out a 3-2 win.

Another spirited display delighted the Dover manager, who told BBC Radio Kent: “We’ve got several out at the moment but the boys were terrific, it was a very good performance.”

The win earns Dover £5,000 in prize money and sees them progress to the last 32 for the first time since 2004. The draw for the 2nd round proper is on Monday morning.