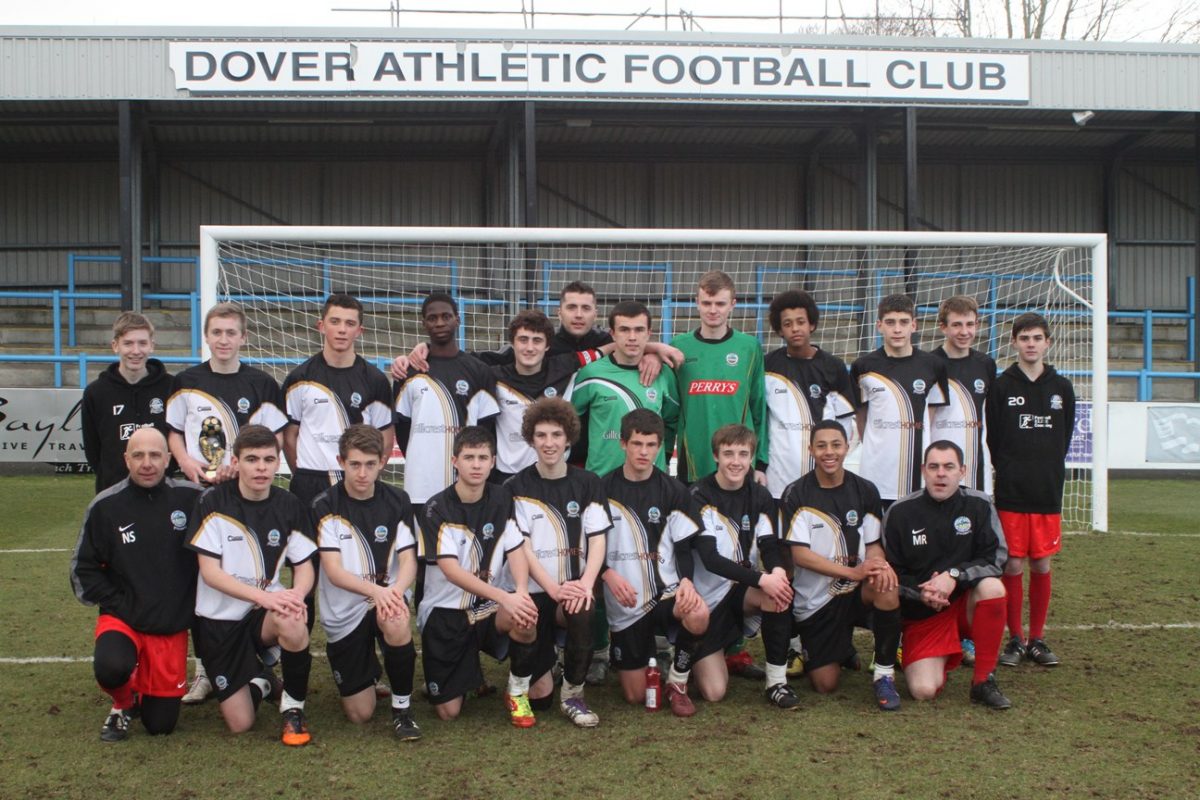 The team is managed by former Dover and Ramsgate defender Will Graham. He is hoping that the boys’ efforts will be rewarded with the excellent support they received in the semi final victory.

Will said: “The fantastic supporters of Dover Athletic came out in numbers to support the Under 15’s in the semi final against Maidstone at Crabble.

“I am asking for you to show your support once more and show why we are the best club in Kent. Please give the boys some more support in Faversham to bring that trophy back to Dover.

“Bring your drums, your flags, your singing voices and most importantly your passion for DAFC.”

Entry at the turnstiles will be £4 for adults and £2 for concessions.

Everyone at Dover Athletic is proud of the Under-15s achievements this season. We wish them good luck for the final.