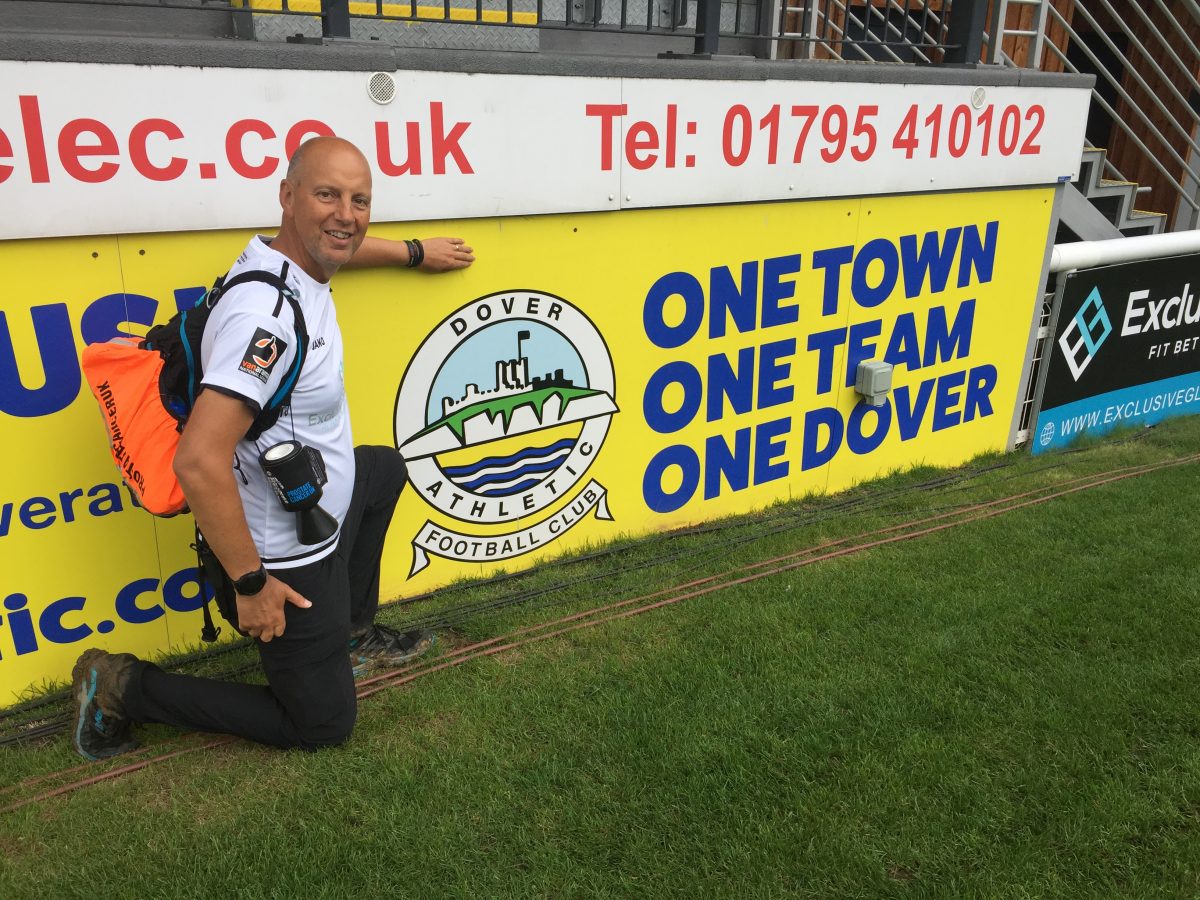 Dover fans are being asked to support Kevin Webber’s magnificent walk this week.

Webber, ambassador for Prostate Cancer UK, arrived at Crabble on Friday afternoon after walking from Bromley Football Club to our home ground as part of the launch of the MANarama campaign.

His three-day journey started at Bromley on Wednesday and he also visited Welling, Dartford, Ebbsfleet and Maidstone during the challenge.

The football fanatic certainly enjoys a challenge. The torrential rain and wind battering the country is nothing – Let’s not forget in 2014 he was told he was likely to have two years left to live.

More than five years later the 54-year-old is still feeling like there are no life limits.

Webber will be officially ending his quest at Dover on Saturday.

“It’s quite fitting that I ended last season’s journey watching FC Halifax at home to Chesterfield and I will be doing the same this time with them down at Dover.

“Like last year, it’s not a fund-raiser as such, but every penny is always gratefully received.

“I hope a few people see me, take a second to have a chat and if one person goes to the doctor – or whose friend or family member is then encouraged to go to the doctor – then it’s all worth it.

“This is also about getting into clubs, and putting across the message of how important a trip to the doctor is and how speed is so crucial.

“If your club averages say 800 supporters, 100 will come into close contact with the disease. As things stand, 20 of them will die.

“That is a really big number of people. If we can go some way to getting that figure down by a little bit of raising awareness then it’s a fight we’ll win.”

Well done Kevin from all of us at the club!!