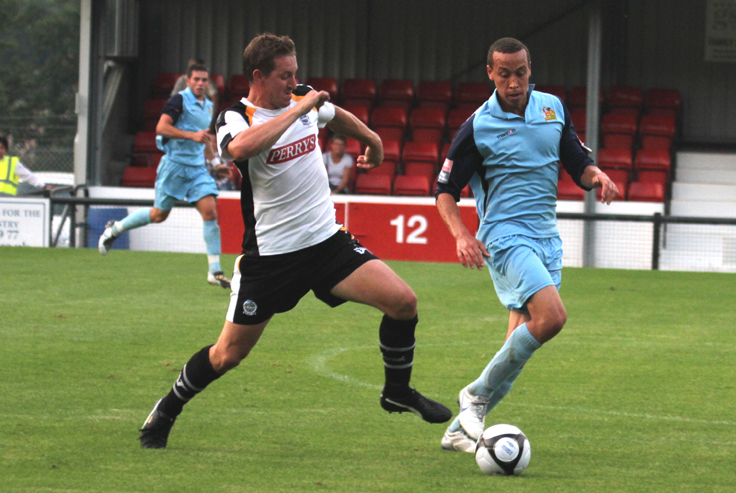 *BF*The striker told boss Martin Hayes that at the age of 31 he needs first team football and he hasn’t started any of the three opening fixtures. So Welford has been given a chance to join Ryman League outfit Margate, which he has decided to take up.

Hayes said “We wish Shaun all the best. I can’t guarantee anybody a regular starting place and I certainly did not want to stand in the way of Shaun’s opportunity with Margate.

“It means we will be looking for a replacement and hopefully we’ll have at least a temporary striker in place for the weekend – but we will be actively seeking a long term option.”

Dover Athletic would like to thank Shaun for his service to the club over the past three years, which included an important contribution to the club’s consecutive Ryman League championships.