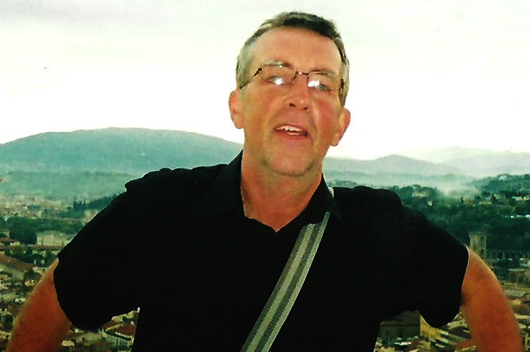 Simply find a welcoming pub that is showing a live Premier League game on Sky and make yourself comfortable.

Watch the match up to the point when you need to visit the little boy’s room and then announce to the assembled throng:

“Speaking as a Dover fan, I don’t know how you can watch this boring old tosh every week!”

This was my response to the first half of the Liverpool v Arsenal game last Sunday and it certainly provoked a little lively debate amongst the customers of the Red Lion. The thing is, I meant it.

You’ll have surmised, no doubt, that I was still chipper following the Mighty Whites’ fabulous start to the season the previous day. And whilst there could scarcely be a better way to start the season than winning 1-0 at Woking, it was the way Dover supporters reacted to the start of the new season that, for this punter at least, was the day’s most pleasing factor.

Of course, both clubs had hoped to start this season playing at a higher level. Both missed out in the play-offs. And whilst that’s a problem that so often creates a hangover that carries on into the following season, this wasn’t an ailment that Whites seemed to be suffering from. And whilst I’ve never known a Woking crowd – of over 1,400 – to be so subdued, neither have I known Dover fans of all ages, shapes and sizes to be quite so keyed up over the start of a season.

“Buzzin, mate, just buzzin!” in the words of the Champion fellow.

Dover fans have turned a few away games into home ones by sheer volume and numbers, of course. Doing so at Kingfield is something altogether different.

There’s nothing like a little upheaval and righteous indignation to rally the troops, I guess. And I should be thankful for the fact that I wasn’t writing back page local newspaper leads in the close season, as I would almost certainly have misbehaved and spent a week or two in the naughty chair. In the event, I felt like a proper grown-up when I simply deleted our “Manager” Ian Hendon’s mobile phone number from my contacts list, rather than posting it on Facebook.

*Q1*Seriously, I rather take the view that these things happen for a reason and I don’t suppose I’m alone in thinking that matters, following the appointment of Martin Hayes, have panned out just fine. Naturally, Andy Hessenthaler will be a tough act to follow. His three seasons at the club were halcyon days that will live long in the memory. Did I say long? I meant forever.

Quite simply, we’ve been spoilt rotten. But we’re worth it!

The club have been on a roll for a little while now and I can’t see any reason why this state of affairs can’t continue, particularly if we fans continue to concentrate on what our club is doing rather than concern ourselves with what’s going on elsewhere. And having gone through our share of bad times – and boy did we have our share of those – we’re far better equipped to milk the good days for all they’re worth.

Do you remember what you were doing six years ago, almost to the day? I do, as I’m sad that way. I was enduring one of my worst Dover-supporting afternoons, watching Whites get battered 5-2 at Cheshunt. Football comparisons fail me, but imagine that you’ve been strapped to a chair and forced to watch the entire box set of Friends whilst having your leg hacked off with a dull spoon.

Well, the Cheshunt experience wasn’t that nice, but it’s days like this that enable us to doubly appreciate what we have now. Accordingly, an indifferent second half showing in a 2-2 draw with Welling on Tuesday was still a comparative bowl of cherries.

What I’m saying, I guess, is that these are the good times and we should celebrate them while we can. Never, I genuinely believe, has the football at Crabble been more entertaining than in recent times. Given Martin Hayes’ beliefs about how he feels the game should be played, I’m sure we’ll continue to get our money’s worth.

I’m not sure what the gaffer thought of the aforementioned Arsenal game, but I’ll be sure to ask.