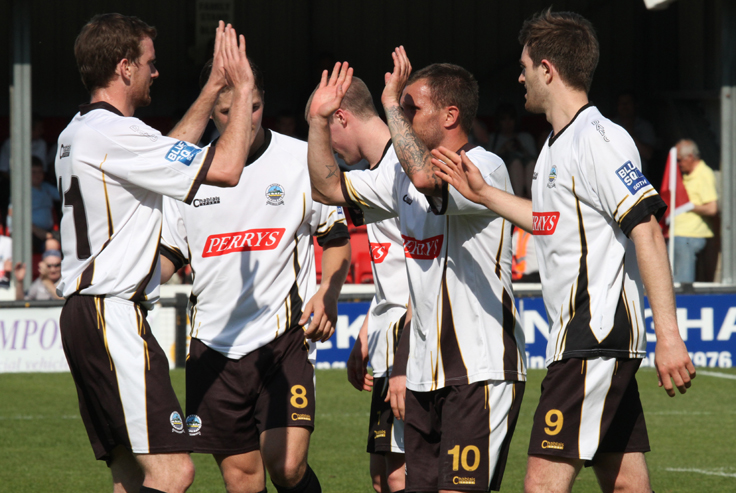 *BS*Dover kept their play-off hopes alive on Friday by producing one of their best performances of the season.*BF*

An own goal gave Whites the lead, which Adam Birchall doubled from the penalty spot. Jon Main came on as a sub to net the third in the second half.

The three points temporarily put Dover up to 5th in the league table but the Woking beat Farnborough 2-1 on Saturday to push Whites back down to 6th.

Despite this setback, Martin Hayes’ side have closed in on Welling, who dropped points thanks to former White Danny Hockton scoring a last minute penalty for Thurrock in a 1-1 draw.

Two wins from the final two matches of the season would put the Wings and Woking under pressure in the race for the promotion play-off ties in May.

Whites’ supporters were also in good form on Friday, captured in a 30-second audio clip on MatchdayLive…