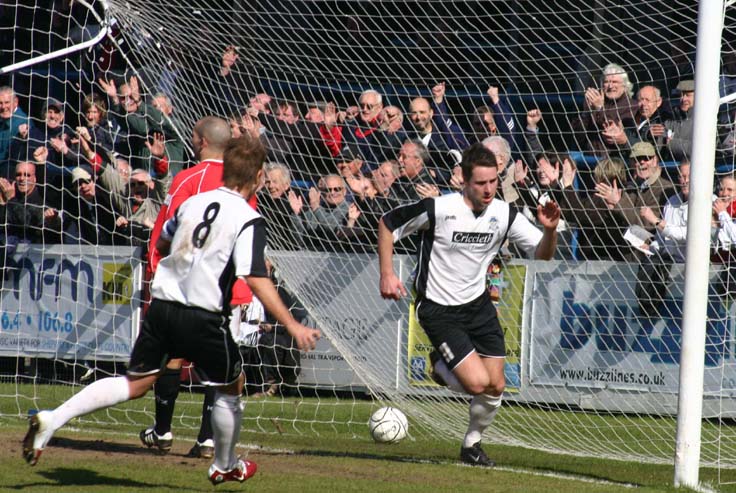 ANTHONY HOGG scored twice in the first half to set Whites up for their third win on the spin.

Hogg fired Whites ahead with a blistering free-kick and then headed home from a Daniel Braithwaite cross.

The White Army were in top-form behind the goal, cheering the team on from before kick-off and they were rewarded with an excellent performance from Clive Walker’s promotion chasers.

Dover dominated the first half and fully deserved their 2-0 advantage – and it could have been more, with Chris Chase and Craig Wilkins missing chances just before the break.

Tooting came more into the game in the second half and hit a post. But Whites held on and Craig Cloke scored his second goal in as many games when he headed home a cross from James Rogers.

And just to add a bit of gloss at the end, sub Jimmy Dryden grabbed a fourth, showing Whites fans what we have been missing since he picked up that knee injury in January.

Whites fan Andy Stevens said: “That was much more like it. A great win and if this is not a springboard for us to now go on and get up through the play-offs then I don’t know what is.

“This win is what Dover Athletic is all about. A big crowd creating a great atmosphere and a strong home performance from the team along with a win.”