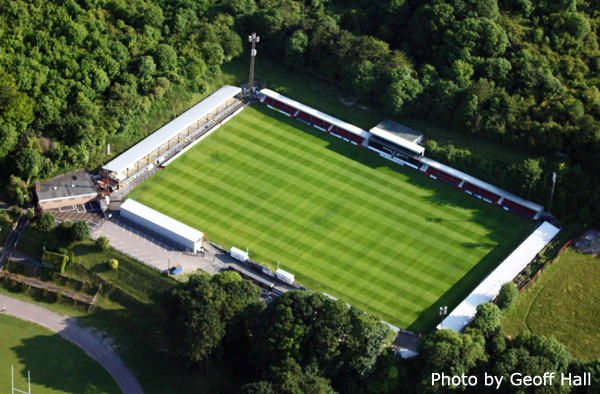 *BS*DOVER ATHLETIC now has everything in place to make a bid for Football League status – after the FA gave the club’s Crabble stadium an A-grade.

*BF*Delighted chairman Jim Parmenter – who has always stated that his ambition is to lead the Whites into the Blue Square Premier and then League Two – said: “This is the icing on the cake for us and an early Christmas present.

“We’ve all worked hard to get the club back up the divisions and now we believe we have a good platform to build further. It’s our intention to return to the Blue Square Premier and have a chance at trying to realise the ultimate ambition of giving Kent a second Football League club.”

The board has made significant investment in the facilities at Crabble during the past couple of years.

A brand new clubhouse, plush VIP and sponsors’ lounge, new floodlights, upgraded turnstiles, a matchday control room and many more improvements have been made to make the A-grading happen.

Jim said: “We have our house in order now. It’s just a case of winning the matches to achieve our status, without the worry of needing to upgrade the ground.

“Crabble is a ground we’re very proud of. We believe it’s a nice environment for our supporters, is safe, has good facilities, an excellent playing surface and somewhere which can host a higher standard of football.

“Many clubs would be envious of our facilities. And to have the A-grade at this stage of Dover Athletic’s development is a big honour for us.”

Long-standing Whites fans will remember the heartache of missing out on promotion to the Conference after winning the Southern League title in 1990 due to ground-grading issues.

But Jim added: “This is not something we have to worry about now. Success on the field will be rewarded.”