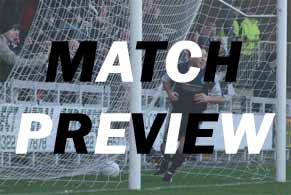 *BS*Whites’ supporters will make their way to the Franklyn Road Sports Ground this weekend in the hope of another successful afternoon beside the Thames.*BF*

Last season Dover were strong 2-0 winners against Walton, taking the three points with an impressive first half display. This result was at the start of a good run of wins and performances that took the club into the play-offs.

Clive Walker will be hoping his team can produce a similar run again, especially as the likes of Tooting, Fleet and Horsham YMCA lurk close behind Dover in the table with games in hand.

In-form Tooting picked up a valuable 2-0 victory in midweek at Dulwich, who have been weakened by the departure of top-scorer Chris Dickson to Charlton Athletic. Tooting looked set to take three points from Crabble last Saturday but a better 2nd half display from Dover coupled with limited ambition from Tooting saw the game end up all square.

Dover’s domination in the 2nd half should have perhaps produced a winner but a lack of quality in the final third has cost Athletic throughout the season, scoring only 48 league goals so far compared to Maidstone’s 67. Winning ugly has been the only way and something that hasn’t come easy against the better sides.

Whites remain well and truly in the play-off mix, though Dartford and Tooting must be favourites to join Dulwich and Hastings in the final four behind title favourites Maidstone. With several top sides set to meet each other over the next few weeks, now is a good time for Dover to get right back in contention.

The next three games are an important trio for Clive Walker. The last five scheduled league matches of this season see his side face three of the top eight (and 11th placed Cray) so gaining maximum points against the lower sides could be crucial.

Walton’s key men are, as ever, Craig Carley and Greg Ball. Carley ran the game at Crabble in December, scoring the first goal and whilst the other scorer that night Kevin Cooper has moved on to Horsham, Ball and fellow forward Michael Carpenter know how to find the net.

Walton boss Kim Harris has added another striker to his squad. Walton’s official website reported: ‘Kim has signed 22 year old forward Anton Stephenson from Ryman North side Tilbury, previous clubs include Eton Manor. “Anton is a powerful, strong forward and he will be in the squad to face Dover on Saturday.”‘

Also on the agenda for Whites this week is the Westview Cup semi-final against Cray at Crabble on Tuesday. The winners of the tie will face Ryman Premier side Ashford (Middlesex) in the final at a neutral venue.

Following Whites 3-0 defeat at home to Bromley in the Kent Senior Cup quarter final on Tuesday, when a side very comfortable on the ball and with quality in key areas simply outclassed a depleted Dover team, the Westview Cup presents a chance of silverware for the first time in many years at Crabble.

*Lpic2*On the injury front, full backs Tony Browne and Daniel Braithwaite are expected to return to the squad at Walton. Matt Bourne and Bradley Spice remain on the sidelines with ligament and hamstring injuries respectively. Therefore John Keister or Nicky Humphrey are likely to line-up in defence alongside Craig Wilkins, and Tommy Tyne will be expected to partner Anton Innocent in attack if Jimmy Dryden is to remain on the bench.

Lee Spiller’s injury is apparently not as bad as first thought and the club captain is expected to return within a fortnight. Fellow midfielder Liam Quinn serves the last game of his three match suspension on Saturday.