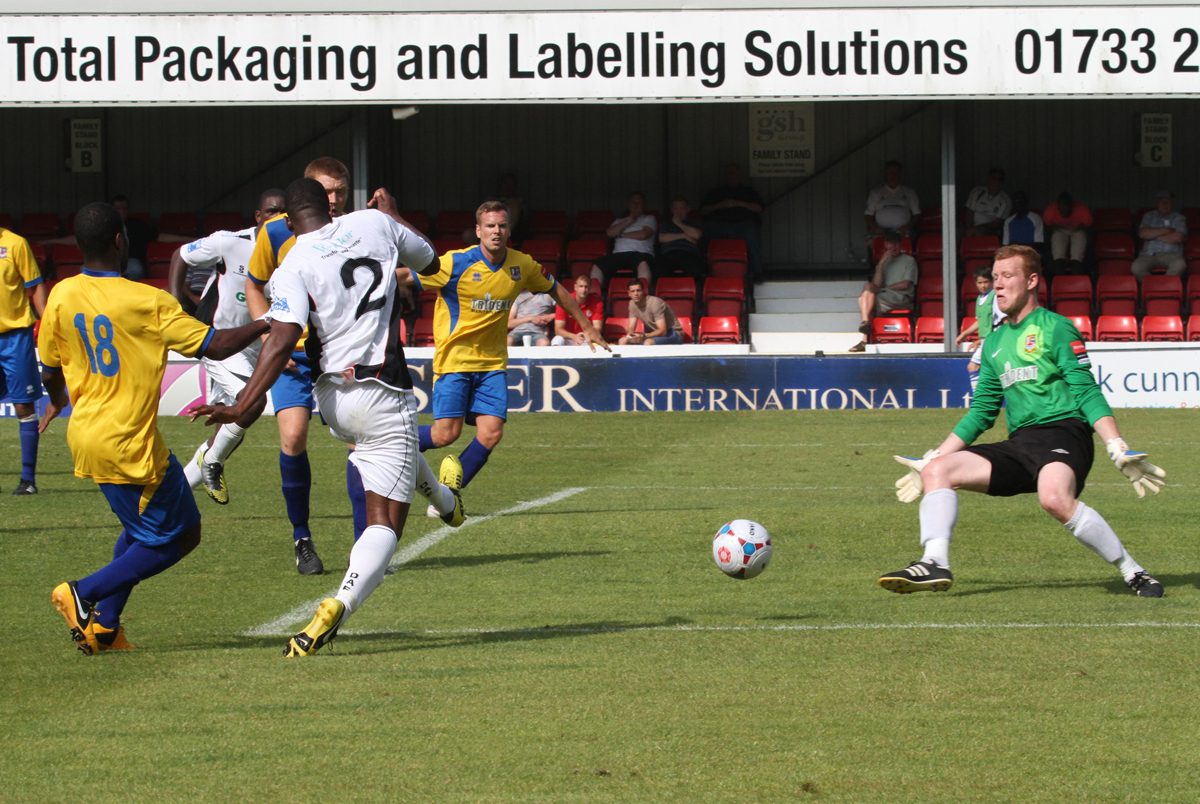 *BS*Chris Kinnear said his new players will learn to show more drive and enthusiasm after Saturday’s 1-0 defeat against Kingstonian.*BF*

Dover boss Chris Kinnear was disappointed after his team’s 1-0 defeat to the Ryman Premier side at Crabble:

“There was not a shot in the game was there? We have to show more enthusiasm, to be honest. But most of the lads don’t know me and they will need to work hard whilst they are with us.

“They (Kingstonian) set themselves up as if it were a league game and they were clearly pleased to get a result. If we were trying to win the game, I would have ensured we had kept a settled side.”

Despite this setback, Kinnear was still able to find positives from the game as continues to tinker with his team during pre season: “We got better in the second half and the lads that came on showed more enthusiasm. There are five weeks to go and we are learning about the players strengths and weaknesses.

“Though it was unfortunate we lost at home, we are slowly getting ourselves organised as the players are constantly being changed so we can avoid injuries at this early stage – But it takes time.”

Pacy winger Ricky Modeste missed the game but Chris confirmed he would be back for Tuesday night: “Ricky had a pre-arranged thing to go to that he had told me about during the summer. He was upset he had to miss the game and I think we missed his enthusiasm on the right. But it gave us a chance to look at some of the young lads like Pilcher and Raggett.”

Tuesday night sees Athletic continue pre-season preparations with the visit of Woking and Kinnear is looking forward to pitting his wits against the Conference outfit: “We will definately show more enthusiasm against Woking as they are very powerful – an excellent side and we will have to stand up and be strong. It will be another game we learn something from.”

Kinnear continues to cast his eye over a number of triallists as he looks to assemble his squad before the season starts on August 17th but confirms there are no new additions to his squad as yet: “We have not signed anyone at the moment, but we will probably have someone sorted on Tuesday.”