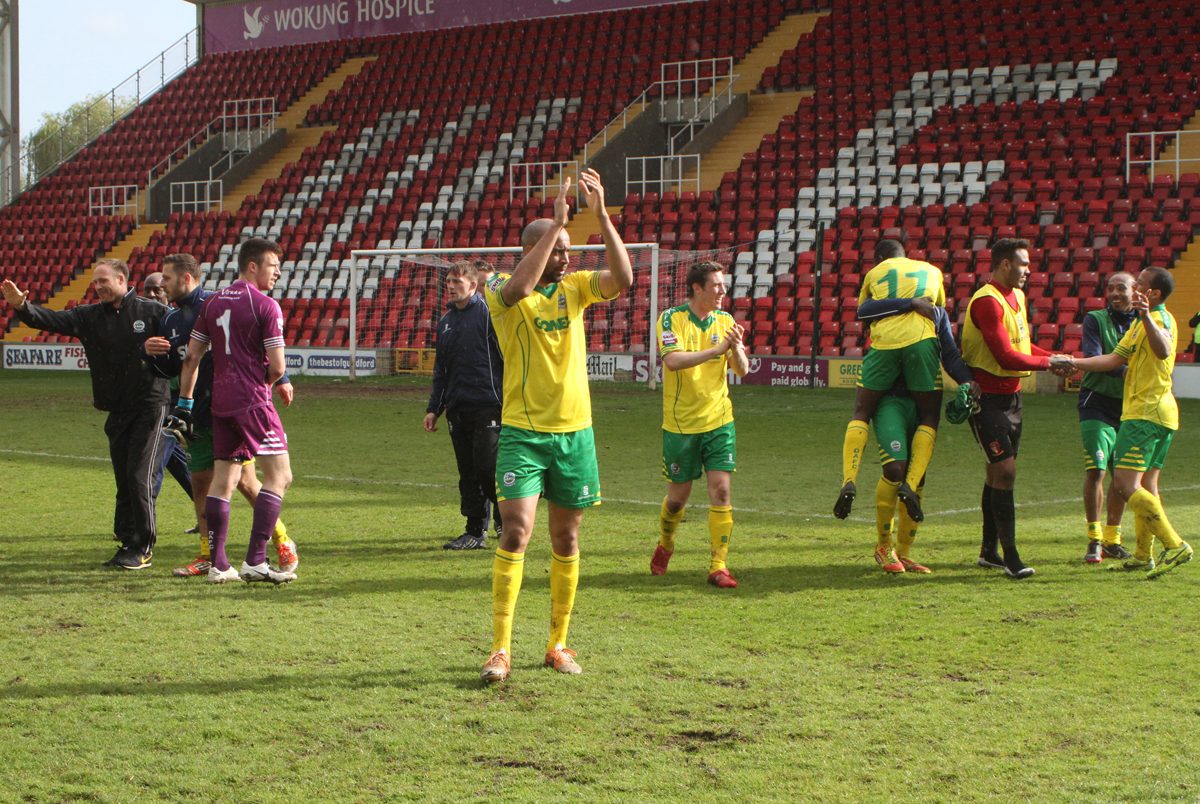 *BS*Barry Cogan held his nerve from the penalty spot to score a late winner for Dover Athletic and send Whites into the promotion play-offs.*BF*

The team started the game against Hayes & Yeading knowing that only a win would do and even then 5th place would only be achieved if Havant & Waterlooville failed to win at Tonbridge Angels.

Havant couldn’t find the net at Tonbridge, having a penalty saved and hitting the crossbar on a tense day for a number of teams in Skrill South. The game ended 0-0.

Dover took the lead early on through Nathan Elder but relegation threatened Hayes equalised with a header of their own. Due to a head injury to Hayes’ goalkeeper, the first half ended 10 minutes late so Whites knew the Havant result at Tonbridge before the end of our game.

It looked as if Dover would draw 1-1 as time ran out but a handball in the penalty area by Hayes gave Barry Cogan the chance to be the hero and he duly swept the ball into the corner of the net to spark celebrations on and off the pitch.

A nervous finish to the game saw Dover defend for their lives and secure the win required to finish 5th and secure a place in the end of season play-offs.

The team are now set for two semi final legs against 2nd placed Sutton United. The first leg will be played at Crabble on Wednesday 30th April at 7.45pm. The away leg at Sutton is on Saturday 3rd May at 3.00pm.

The winner over two legs of the semi final will face Bromley or Ebbsfleet in the final, playing for promotion to the Conference Premier.