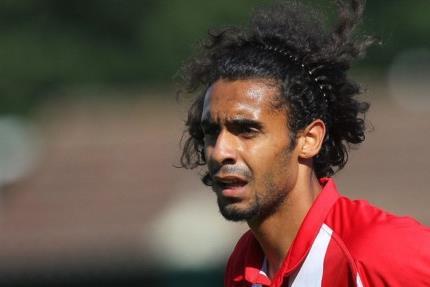 *BS*Dover Athletic are delighted to announce the signing of striker Stefan Payne, who joins the club on a free transfer. Payne scored 31 goals in 46 appearances for AFC Hornchurch last season, and has signed a one-year deal.*BF*

The 22-year-old is manager Chris Kinnear’s first signing of the summer, as the side prepare for a return to the Conference Premier.

Payne started his career at Croydon, before joining Sutton United in 2009 and scoring a hat-trick on his debut. He soon caught the eye of Football League scouts, and the striker signed for Fulham in 2009.

He then recorded 27 appearances for Gillingham, before spells at Braintree Town, Aldershot Town, Sutton United, Macclesfield Town and Ebbsfleet United. In August 2013, the Lambeth-born man joined AFC Hornchurch, where he netted 31 goals and contributed 11 assists.

Chris Kinnear has been a long-time admirer of the youngster, and the club are delighted to welcome Stefan to Crabble.