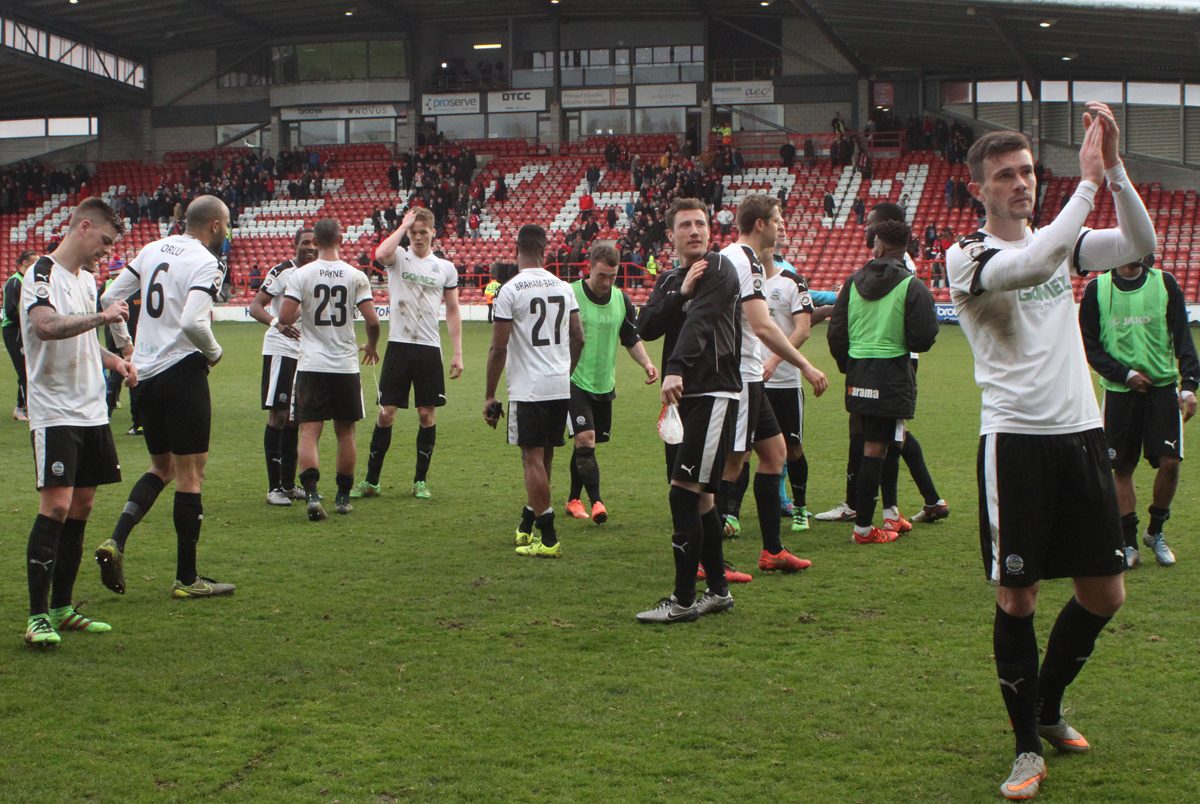 *BS*The moment Whites fans have been waiting for is finally here – the club’s 2016/17 Vanarama National League campaign has been mapped out, with the fixtures now released.*BF*

Chris Kinnear’s men start the season with a trip to Wrexham on Saturday August 6th – a side they beat twice last season – before hosting home matches against Boreham Wood and newly-promoted North Ferriby United on Tuesday August 9th and Saturday August 13th respectively.

Then follows the club’s first midweek away trip, away at Eastleigh on Tuesday August 16th.

A run of fixtures in September sees Whites host Forest Green Rovers on September 10th – the side who beat Whites in the playoff semi-final last season – before consecutive away games at the two sides relegated from League Two last season, Dagenham & Redbridge and York City.

Whites’ second-longest trip of the season, away at Gateshead, is scheduled for Saturday October 8th.

The first Kent derby of the club’s season will be at Crabble on Tuesday October 25th, with Bromley the visitors – and it’s also an all-Kent affair over Christmas, with Whites hosting Maidstone United at Crabble on Boxing Day, before making the trip to the county town on New Year’s Day.

Kinnear’s side return to Prenton Park to face Tranmere Rovers on Saturday March 11th, before finishing the regular season with their longest trip of the season – away at Barrow.

October 15th has been left free for the 4th Qualifying Round of the FA Cup, with the First Round pencilled in for November 5th. The First and Second Rounds of the FA Trophy will be held on December 10th and January 14th respectively.