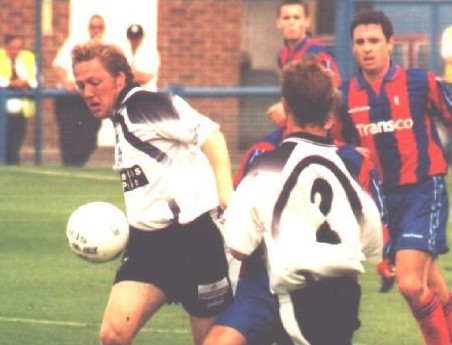 Tony Browne, Jamie Day and Matt Carruthers put pen to paper before the Boxing Day game against Eastbourne Borough. Browne has signed on until the end of 2004/05 whilst Day and Carruthers will be at Crabble at least until the end of the 2005/06 season.

Richard Langley’s squad for next season is starting to take shape with most of the key members of this year’s team signed on. Craig Wilkins, Lee Spiller, Danny Chapman, James Rogers and Israel Amadi are all already under contract for next season.

There is still some work to be done however as veteran goalkeeper Paul Hyde and young forward Tommy Tyne are both out of contract at the end of this season.