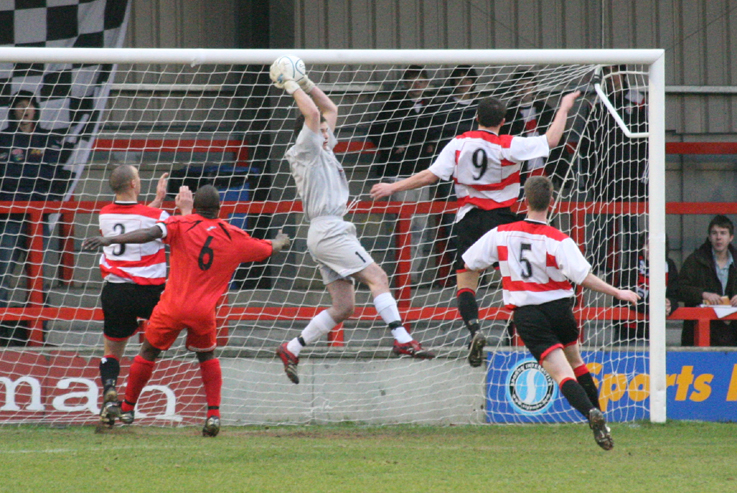 *BS*ANDY HESSENTHALER can this evening confirm that Whites have signed Crystal Palace keeper Dave Wilkinson on loan for a month.

*BF*Wilko spent a very successful few months on loan last season but Palace and the player have agreed to another temporary move.

Hess said: “We just feel John Whitehouse needed some competition for his place – and also need a breather from the action for a short time.

“John has been great for us but has lost a little bit of confidence recently – and sometimes in these situations I like to just freshen things up a bit.

“I’ve taken players out of the side before, which is always a difficult thing to do, but they’ve always come back better for it.

“Dave will be going back to Palace but is certainly a player who will give John competition for the No1 jersey.

“He goes straight into the side for the Harlow match. He’s a quality keeper and we’re delighted to have him back at the club.

“It’s good of Neil Warnock to let us have him here again – and we hope his latest spell here will be as successful as it was last time.”

Hess did not want to officially confirm the news until after he had spoken to Whitehouse personally this evening.

Meanwhile, Hess has a few injury problems to contend with.

Alan Pouton is set to miss three weeks after injuring his hamstring – while John Keister has a back injury and Sam Jones caught flu and is a doubt for the Harlow game.

Hess was obviously not happy with Saturday’s shocking performance, which saw Whites lost 3-0 at Harrow Borough.

Luckily, Whites have only given back the chasing pack one point – as results went in our favour.

But the Dover gaffer said: “We could’ve been two points further clear so I look at it that we’ve missed a chance to extend that lead at the top.

“We want a reaction against Harlow and three points. They’ve just lost too – so Harlow will be busting a gut to get back to winning ways here.

“Our defending was poor – and we missed so many good chances. I wasn’t very happy and it’s a big wake-up call for this team.”