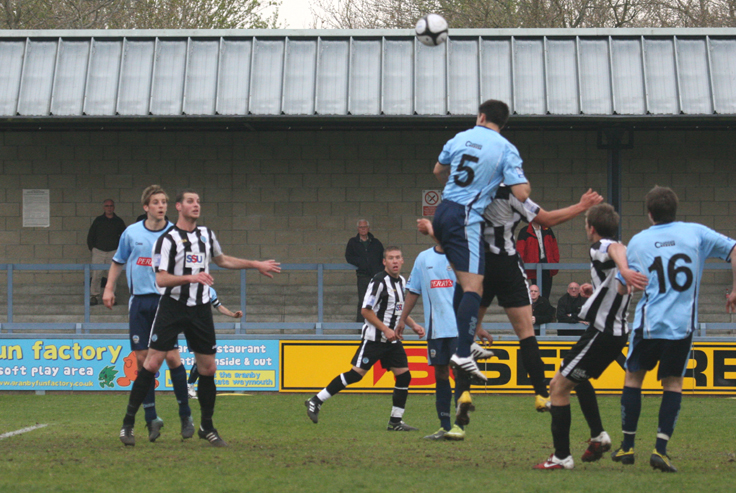 *BS*Loanee defender Ed Harris has been recalled this weekend. *BF*

Dover Athletic would like to thank Ed and AFC Wimbledon for stepping in at a time of injury crisis in Whites’ defence.

The talented young defender joined Athletic last month when all of the club’s centre backs were injured. He partnered Gillingham loanee Connor Essam in defence.

His attitude and ability helped Whites to keep their play-off hopes alive at a vital moment in the season.

Ed picked up an injury on Friday so would not have been available for the Dartford match had he stayed. He rejoins Wimbledon ahead of their Blue Square Bet Premier play-off campaign.

Martin Hayes now has Essam and captain Rob Gillman to call on. Olly Schulz is close to fitness.