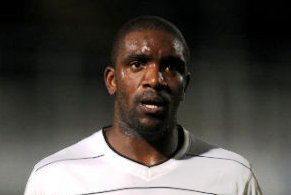 *BS*Dover’s latest signing Nathan Elder tells doverathletic.com that he is looking to pass on his experience and advice to the younger players in Whites’ squad and shares Chris Kinnear’s ambition.*BF*

After six years as a professional, Elder acquitted himself well with a 16 goal haul for relegated Ebbsfleet in Conference Premier last term and is expecting more this year:

“I read Michael Bakare is aiming to get 35 goals this season and so am I.

“But it’s most important that the team win – if I get a hat trick but the team lose 4-3 it won’t mean anything. I set up goals as well; my previous strike partner scored quite a few goals from my flick-ons last season.”

Even though joining Dover’s promotion seeking campaign will see Nathan playing one level lower than last season, he is clearly excited by the challenge ahead: “The Conference South is a battle and the team will need lots determination and that extra bit of quality to win games.

“The main reason I signed was because of Chris Kinnear; his ambition is something I have been looking for. He wants to go up automatically and so do I. It’s a really good set up here.”

Elder, who lives in Greenhithe and works for the health spa David Lloyd’s, admitted the one year contract he recently signed should have been a lot sooner: “Chris started talking to me through Craig Stone a few weeks back and we met for a coffee. Because myself and Chris were both busy, we ended up completing the paperwork in Bluewater as I live near there.”

With pre-season due to start next week, Dover’s new hitman is clearly ready to go: “I have bought my new boots and good to go. I already know Ricky Modeste, Michael Kamara, Moses Ademola and of course Craig Stone, and I’m sure it won’t take long for me to get to know other guys.

“As one of the older players, I am looking to pass on some advice and experience to some of the talented youngsters that are here already – you have to do as much as you can off the pitch to be good on it.”

*Lpic1*When asked about his favourite career moments so far, naturally as a centre forward he chose two goalscoring moments: “In my first game for AFC Wimbledon I scored after two minutes and Geoff Shreeves on Soccer Saturday described me as the Shrewsbury reject that could not score!

“Plus scoring an injury time winner for Brentford against Bradford to win 4-3. It was raining and they had scored what they thought was a late leveller before my goal. I went to do a knee slide and went on my backside and almost hit the advertising board!”

Having played for the likes of Brighton, Shrewsbury, Brentford and Bradford thus far in his career, it is clear there is no place like home for Nathan: “Dover is only one hour away from the M25 so it helps to be close to my family. My wife and two boys (2 and 5) will come and support me at every game and it really helps me to see them – they mean the world to me.”