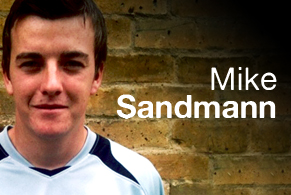 *BS*Whites’ run in the FA Youth Cup came to an end on Tuesday, losing 3-1 at Bromley.*BF*

Dover were reduced to 10 men at 2-0 down but battled well to keep the game alive. Jacob Dainton was the scorer for Athletic.

After starting the game slowly we began to create a few good chances, Ragett coming extremely close. However, just before half time we conceded a goal through not reacting quick enough to press the shot.

After half time we continued to work hard to seek the equaliser but the job got harder when a Bromley free kick found the back of the net.

With 20 min to go, our way back in the game was not helped by some poor refereeing reducing us to 10 men – Crane being shown a straight red.

We didn’t allow this effect us and continued to create chances and got our rewards in the 86min Dainton scoring from the penalty spot. Another excellent chance to equalise went astray, which Bromley took full advantage of a counter attack to make it 3.

Overall I was a little disappointed with the way the game ended going down to 10 men, but cannot fault the lads attitude and workrate against a good Bromley side.