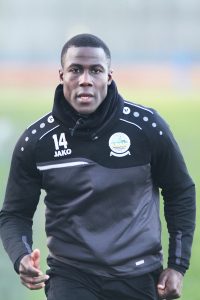 Striker Yusuff joined Dover Dulwich Hamlet in December, having moved to the National League South side from Folkestone Invicta in May 2019.

The former Dagenham & Redbridge man scored 51 goals in 102 appearances for Neil Cugley’s side before making the move to full-time with Dulwich.

Prior to joining the then League Two Daggers, Yussuf played for Chatham Town, scoring 24 goals in 38 games.

He also a week’s trial at Manchester United as a youngster before spells at Charlton and Stevenage.