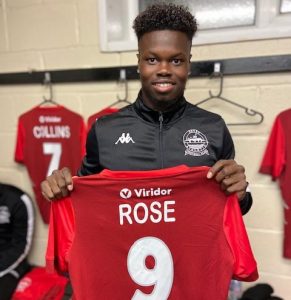 The former Grimsby Town striker made the move to Kent in September 2020.