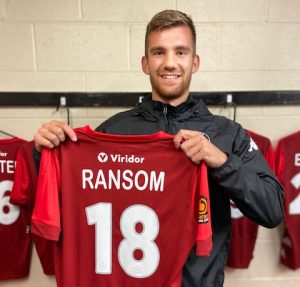 Defender Harry Ransom arrived on loan from Championship side Millwall in October.

The Lions under-23 captain made the move to the New Den from National League South side Eastbourne Borough in the summer of 2019.

Our new number 18 started his career at Brighton & Hove Albion before moving to Eastbourne at the age of 15.

He made his senior debut during the 2016/17 season and become the club’s youngest ever captain at 19.