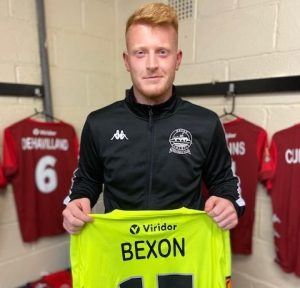 The former Southend United goalkeeper made the move to Crabble in August 2020.

During his time with the Essex Club, Bexon spent six months on loan with Austrian club FC Kitzbuhel and a season with Harlow Town.