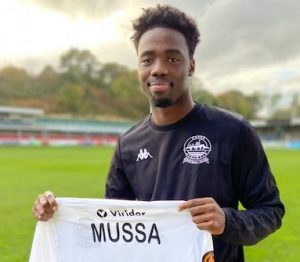 Omar, who played one pre-season game for Andy Hessenthaler’s team before returning home, came up through the ranks at Mechelen and has been capped at under-16 to under 19 levels for his country.


Warning: A non-numeric value encountered in /homepages/30/d4295741280/htdocs/wordpress/wp-content/plugins/sportspress-pro/includes/sportspress/includes/class-sp-player.php on line 421