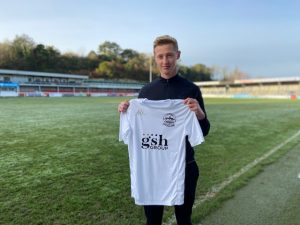 Midfielder Ryan Hanson joined on loan from League One side Hull City for a month.

The 19-year-old, a former Dover Boys Grammar School student, joined the League One side in the summer of 2019 after being released by Crystal Palace, where he had spent five years.

He joined Palace after impressing while playing for the Dover Athletic under-13’s in a Kent League tournament.

Hanson started playing football for Dover Rangers when he was six and has also represented Dover District and Kent.