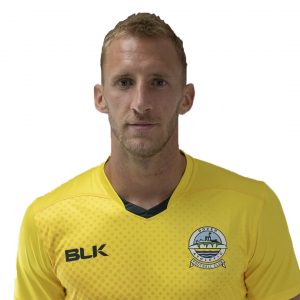 Swiss defender who joined Whites in July 2018 after training with Chris Kinnear’s squad in pre-season.

The centre-back, who can also play in midfield, started his career with Servette’s academy before moving to the United States to study at Harvard University.

While in the US, Schmoll made 51 appearances for the New York Red Bulls’ reserves.

He then joined Aldershot Town last February on a non-contract deal until the end of last season.