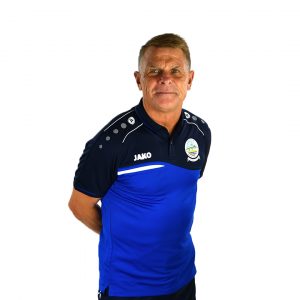 A combative midfielder on the pitch for the likes of Watford, Gillingham and Barnet, Hessenthaler had great success as Athletic’s player-boss between 2007 and 2010, winning back-to-back promotions to take Dover from the Ryman South division to the Conference South.

And after ending the 2009/10 season as runners-up in the second tier of non-league, Hessenthaler returned to Gillingham as boss for two campaigns, steering the Gills to two consecutive eighth-place finishes in League Two.

A third stint at Gillingham followed two seasons later, this time as assistant boss, a similar role he held at Leyton Orient the following year, before being made manager at Brisbane Road in 2016.

Dismissed by the O’s later that same year, it wasn’t long before Hessenthaler was back in football, joining Eastleigh before the start of the 2017/18 season, initially as assistant manager, before taking over from Richard Hill as boss just eight months after joining the club.

Hessenthaler left the Spitfires 15 games into the 2018/19 campaign for a Dover side second-bottom of the National League on seven points.

Athletic were not in the relegation zone for long as Hessenthaler successfully steered the club to safety with three games to spare, as Dover finished last season in 13th place on 60 points.