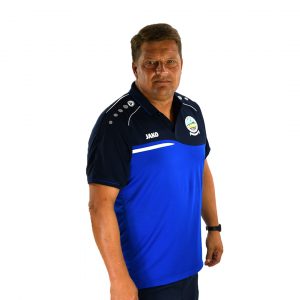 Darren Hare returned to Dover for a second spell in October 2018, this time as joint first-team coach, having served as number two during Andy Hessenthaler’s first reign as gaffer.

The former striker has also managed in the county, taking charge of Canterbury, Folkestone and most recently Hastings, as well as a spell as acting manager of Gillingham in December 2004, when employed as Head of the Gills’ Youth Development.

Hare also held a similar role for the Kent County FA and was Head of Education and Welfare in the academy system at Crystal Palace in 2005.

Darren returned to Crabble following the appointment of Hessenthaler as boss last season as Dover’s latest management team steered the club from second-bottom of the National League to 13th place.