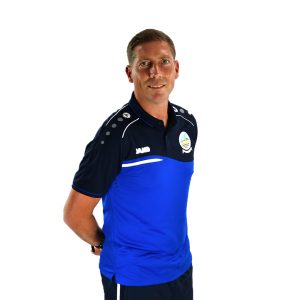 Southall returned to Crabble, this time as joint first-team coach, in October 2018

Southall, who featured 31 times for Dover as a player between 2008 and 2010, played in the top four divisions of the English football pyramid, including 20 appearances in the Premier League for Bolton Wanderers.

The Middlesbrough-born midfielder started his professional career with Hartlepool United and scored 24 goals in 138 appearances for the County Durham side, before transferring to Grimsby Town for £40,000.

Southall returned to Gillingham in 2002 for a second spell and signed for Nottingham Forest three seasons later.

A third stint with the Gills came next before the midfielder was signed by former teammate and Dover boss Andy Hessenthaler.

Southall took the reins as player/boss of Whitstable Town in 2012 and was then assistant manager at Maidstone United, helping oversee the Stones’ rise from the Isthmian Premier division to the National League.

Nicky returned to Crabble following the appointment of Hessenthaler as boss last season as Dover’s new management team steered the club from second-bottom of the National League to safety with three games to spare.