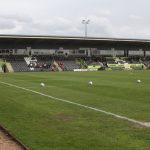 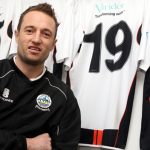 Jake Leberl talks to DAFCtv about Dover’s 3-1 win over Woking at Crabble.