Kevin Lokko’s header cancelled out Jerson Dos Santos’ opener for the host and Inih Effiong had given Dover the lead after the break.

But Callum Davies had seemingly rescued a draw for Invicta, only for Grenadian international Modeste to grab a later winner.

The home side nearly had the lead on two minutes when Dos Santos fired goalwards after rounding visiting stopper Yusuf Mersin, Lokko, sporting the armband for the first time, was on hand to clear the ball off the line.

Kieron McCann then fired wide for Folkestone and a former Athletic player then went even closer for the hosts.

Striker Ira Jackson fired towards the bottom corner, but Mersin punched away the initial effort and the Dover defence then blocked Jackson’s follow-up overhead kick.

Alfie Pavey flung himself at Josh Passley’s cross and that miss was duly punished by the dangerous Do Santos on 18 minutes.

The striker picked the ball up 25-yards from goal and blasted past the outstretched arms of Mersin.

However, the lead only lasted three minutes thanks to Dover’s skipper.

After Roberts and tipped away Pavey’s header, Lokko rose above the Invicta defence to head in the resultant corner from Munns.

Mersin had to scramble to reach Johan Ter Horst’s angled effort and the Turkish stopper then tipped Finn O’Mara’s header over the crossbar for a corner.

O’Mara was then in the thick of the action at the other end, heading Scott Doe’s header from Reason’s free-kick off the line.

Pavey could only look up the sky after failing to put the visitors ahead shortly before the break.

The forward latched onto Michael Everitt’s poor back-pass but missed the target after taking the ball around Roberts.

But Dover made no mistake with their first attack of the second half.

Oscar Gobern slipped in fellow sub Inih Effiong, who tucked the ball past Roberts into the bottom corner.

Bobby-Joe Taylor twice went close, firstly from a free-kick that Roberts tipped over, then crashed a right-footed shot inches wide.

But Callum Davies had no problem with his header on 68 minutes.

The ex Dover loanee stooped to head in Scott Heard’s corner at the far post to level matters.

Hessenthaler’s men were not be denied victory as Modeste grabbed a late winnter.

Whites next travel to Beckenham Town on Tuesday 9th July, kick off 7:45 pm.

WHITES battled back from a goal down at half-time to draw 1-1 at Folkestone Invicta in their third pre-season friendly of the campaign.

A triallist, one of six introduced after the restart, slotted the ball past the outstretched arm of substitute home keeper Nick Shaw to level matters after Johan Ter Horst had put the hosts ahead before the break.

But it was the hosts who went ahead on 24 minutes.

A mistimed tackle from defender Ejiro Okosieme allowed Kieron McCann to cross for the waiting Ter Horst to fire past a helpless Mitch Walker in the Athletic goal.

A similar error at the other end almost saw Effiong equalise, but the burly forward was unable to connect properly with the ball.

And Dover’s summer signing felt he should have been given a free shot on goal just before the restart.

Effiong burst through and appeared to be felled in the area, however, the referee thought otherwise and waved play-on, in spite of the visitor’s protests.

Boss Chris Kinnear made ten changes after the restart and two of the triallists almost made the breakthrough for Whites after Folkestone’s Ian Draycott blazed over substitute keeper Chris Lewington’s bar.

Firstly, one of the triallists saw his curling effort from the edge of the box tipped away by Roberts and Kinnear’s men went even closer to restoring parity on 77 minutes.

Another of the triallists turned smartly and fired on target, only to see his shot cleared away by the Folkestone defender back on goalline.

But in hot conditions, Dover were able to muster an equaliser a minute later to continue their unbeaten pre-season run.

Athletic next travel to Chelmsford City on Wednesday 18th July.  Kick off 7:45pm.

DOVER proved too strong for their Bostik Premier League neighbours after winning Saturday’s friendly 5-1 at the Fullicks Stadium.

Athletic went close early on as Brundle struck the post with a low effort after winning the ball in midfield.

First to the rebound was Sho-Silva and the former Bromley man sent the ball back towards Dover’s captain, who headed straight at Folkestone keeper Scott Chalmers-Stevens.

Invicta’s stopper had to be at his best minutes later, tipping away Sho-Silva’s drive after the striker had been put clean through by Mitch Pinnock.

Brundle’s resulting corner almost flew straight in, but Scott Heard was on hand at the back post to head off the line.

Another Pinnock pass saw Richards run clear of the home defence, but his delicate chip sailed harmlessly over.

The first goal came on 33 minutes. An error from Folkestone skipper Kwabena Osei saw the ball run into Sho-Silva’s path and the forward fired home his first goal for Dover via a slight deflection.

The lead was almost doubled prior to the break, Femi Ilesamni crossing towards a lurking Richards at the far post, but the winger aimed his header wide of the upright.

But the summer signing from Chester bagged his first for the club 15 minutes after the restart.

The pacy winger made no mistake from five yards, slotting home a cross at the near post.

Brundle then opened his own account for Dover in stunning style a minute later. The midfielder’s 20-yard chip from Bird’s lay-off sailed over a helpless Chalmers-Stevens and into the top corner.

Sho-Silva grabbed his second on 75 minutes, taking Brundle’s smart pass in his stride and calmly slotting into the bottom corner.

Invicta grabbed a late consolation when a cross from Salvin Kisitu went straight in with nine minutes remaining.

Bird had the last say though, latching onto a long ball and smashing home with the last kick of the match.

Pinnock, George Essuman and a triallist came in for Jamie Allen, Connor Essam and Bird, who started on the bench. 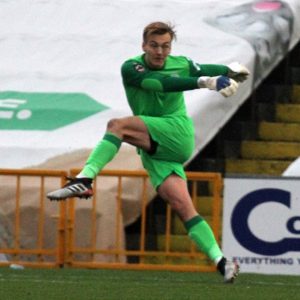 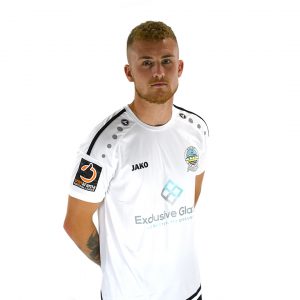