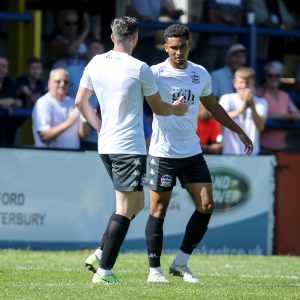 We can confirm the admission prices of our three remaining pre-season games at Crabble are as follows: 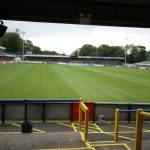 Our pre-season campaign gets underway against Ashford United at Crabble on Saturday.

It is the first of eight warm-up games for Manager Andy Hessenthaler’s side, with the game against the Isthmian League South East Division side providing fans with a first chance to see newcomers Seth Twumasi, Reda Johnson, Jake Goodman, Ben Williamson, and AFC Wimbledon loanee Aaron Cosgrave in action.

The match could also mark the return to Crabble of striker Ricky Miller and midfielder James Caton after both re-joined the club last month.

Hessenthaler is also likely to use the game as an opportunity to cast his eye over a number of triallists as he continues to rebuild his squad ahead of our National League season opener against Solihull Moors at Crabble on August 21st.

Ashford United played their first friendly of the season on July 10th, winning 6-1 away at Rochester United.

Due to Covid-19 regulations, can we please ask you to adhere to the following:

Gates will open at 2pm before the game kicks-off at 3pm.

Admission is as follows:

Today is the final chance for supporters to purchase their Early Bird Season Tickets for the 2021/22 campaign.

To take advantage of this offer and save money, you now have to make your purchase by 5pm today.

As always, we would like to thank all supporters who have already bought their season tickets and given us their backing for the upcoming campaign.

Support your club and renew your season ticket or buy one today! 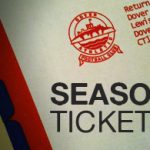 To take advantage of this offer and save money, you now have to make your purchase by 5pm on July 9th.

We would also like to thank all supporters who have already bought their season tickets and given us their backing for the upcoming campaign.

Support your club and renew your season or buy one today! Dover Athletic Football Club would like to express its gratitude to those fans who have purchased either season tickets, the new 2021/22 season commemorative Supporters Shirt, or both this week.

The response to both has been simply stunning and your commitment to support us during this challenging and unprecedented time means so very much to us.

Chairman Jim Parmenter said: “We’ve been absolutely delighted with the support we are getting – it has been brilliant.

“It is a testament to the fantastic support of the Black and White Army and their desire to back their Club, and we thank everyone who has purchased the items already.

“The number of shirts that have been snapped up since they went on sale on Wednesday has been outstanding and hopefully they continue to sell as well as they are.

“The money raised from each shirt sale will go a long way in helping our cause.”

Manager Andy Hessenthaler and the names his staff and players will also now be sublimated into the fabric of the shirt alongside the fans.

Hessenthaler said: “We are all in this together – my staff, my players, the fans … the whole club – so we’ve bought into this fantastic concept.

“We really have got to stick together and support each other on the pitch and on the terraces, so that’s what this shirt is all about – we’re in, are you? The exclusive one-off shirt is only available via pre-order for £50 from the club shop and will not be available for general purchase.

Supporters wanting to see their name featured on the shirt will have a strict deadline of 5pm on July 17 to secure their place in our club history.

Unfortunately, due to manufacturing timelines, we are unable to accept any orders received after this deadline.

The shirt is manufactured by local company, Ambition Sport, and is a regular fit with adult sizes from small to 4XL available.

The shirts will be available three to four weeks after the deadline.

We can confirm that season ticket prices and entry prices will be frozen for the 2021/2021 season.

Early Bird Offer (must be purchased before July 4)

Tickets are on sale now so support your club and renew your season or buy one today! 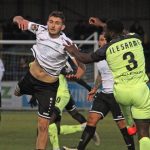 We are back in National League action against Boreham Wood at Crabble on Tuesday.

The game will be played behind closed doors, but you can watch all the action through our live stream.

The price is £8, which includes a free Video On Demand (VOD) replay, allowing you to watch the game again at a different time.

To purchase your virtual ticket for the fixture, simply visit www.247.tv/dafctv

Please also note the service does not support casting to TVs from iPhones or iPads.  It does support Chromecast on Android and Airplay on Safari Browser.  Supporters will need at least 3mb of available bandwidth to watch the stream.

All Supporter support issues will be dealt with by 247.tv – they can be contacted via their e-mail livesupport@247.tv 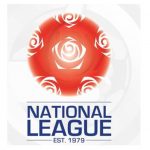 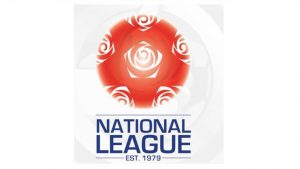 The 2020/21 National League season is set to kick-off behind closed doors next weekend.

In an email to Dover Athletic Chairman Jim Parmenter, the National League outlined its intentions.

It read: ”Until the Government announced its review of the safe return of spectators, the League was fully geared up to commence the season with clubs applying new socially-distanced stadium capacities and putting in place Covid-secure measures to ensure crowd safety.

“This week, three of our Clubs successfully held test events with up to 1,000 fans, and we hope that the diligent preparations made by all clubs to enable the return of fans may still be implemented in due course when permitted to do so.

“The League must now abide by the Government’s decision to exclude fans, and therefore, matches will be played “behind closed doors”, i.e. without supporters admitted, in accordance with Government policy and Stage 3 of the elite sport protocols until further notice.

“Looking forward, the Board’s objectives are to ensure that all clubs can commence their fixtures programme, and all clubs are able to meet their obligations over the course of the season.  Moving forward with only a subset of clubs involved would not be acceptable.

“Hence, the League’s appeal to Government with the assistance of The Football Association for each club to receive compensation for lost net gate revenue each month for the period that clubs are prevented from admitting supporters.

“The Board is aware that whilst some clubs may want to commence the season without external support, the vast majority of clubs require financial help to be able to sustain their participation over the coming months without crowds.

“The League is aiming to receive confirmation of the Government’s support in advance of the season commencing next weekend.  Should this not occur, the Board will review and reconsider its stance, and as ever, the Board will ensure the position and views of member clubs are central to any decision made.”

Our National League campaign is due to start against Notts County at Crabble on Saturday, October 3 at 3pm.

Fans who have already purchased a season ticket can watch the live streaming for free.

To help the club, season ticket holders have two options.

The Chairman said: “We may be back playing football next week, but we need the support of our fans more than ever while they are not permitted in ground.”

We will be in touch with all season ticket holders directly.

Dover Athletic fans throughout the country now have the opportunity to watch all our National League games at Crabble via a brand new Live Streaming service from DAFCtv.

That’s right, you can live stream our games, directly to your computer or mobile device.

The current cost is £8 per match and you can buy your tickets on a match-by-match basis.

Match passes for five matches, starting with the visit of Notts County, which is scheduled for October 3, are now on sale.

You can buy your tickets and get further information here

Further updates regarding commentary etc will be available next week. 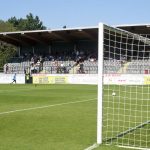 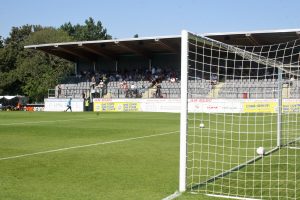