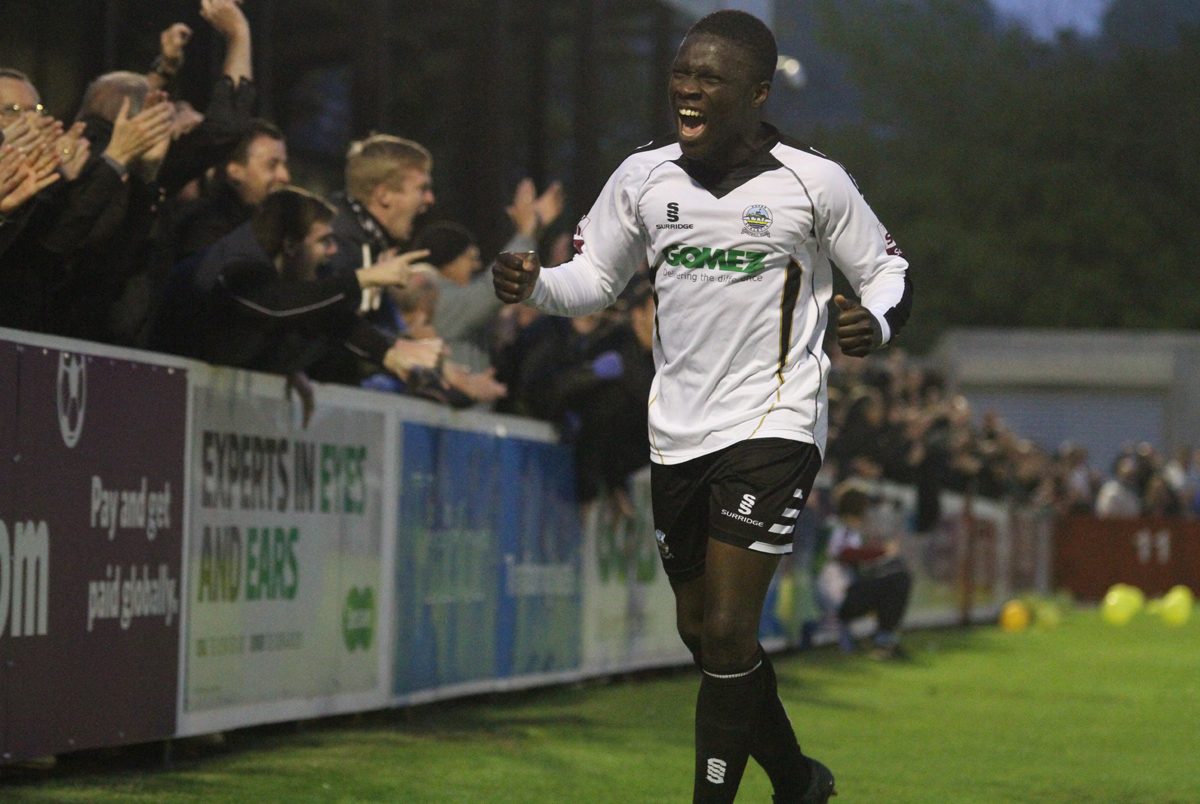 Sutton stunned the Crabble crowd in Wednesday’s 1st leg by taking an early lead through Craig Dundas inside the first minute.

However, the team and its vociferous supporters showed their spirit to rally and gradually work their way back into the match. Their reward was Ademola’s tap in at the back post following Nathan Elder’s flick-on.

Wednesday’s draw leaves the semi final tie wide open going into Saturday’s return leg at Gander Green Lane. Dover supporters have already filled the two free coaches generously laid on by sponsor Nick Cunningham and with many more travelling by train and car to Sutton, the match should generate another cracking atmosphere.