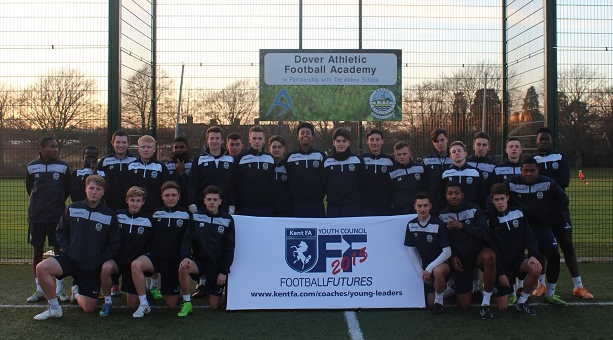 Dover started the game brightly, pressing high and creating chances. The first goal came from Dover who had been looking to score from the off set, the goal came from a accurate and long ball from goalkeeper James Tonkin which took all of Bromley’s back four by surprise when it cleared everybody and Alfie Paxman ran onto the kick and slotted home Dover’s first.

Bromley came out with a reaction in the second half keeping the ball and looking to be positive on the counter. Bromley found themselves luckily enough to counter from Dover’s corner and slot home their first of the game. Dover then reacted positively after a good spell with the ball with the midfield 3 keeping the ball and Dovers front three of Alfie, Brandon and Kyron caused problems all game.

Dover’s back four was strong again with Cameron heffernan having to fill in the back four this week. Dover found their fourth goal through Brandon de grout who headed home a cross into the bottom right which was no more then he deserved. Dover kept the ball and always liked positively with a strong performance from everybody which everybody showed great energy. Bromley found themselves luckily enough to have their first corner of the game which they smashed in a scramble around a penalty area making it 4-2.

Dover still remained positive after conceding and still was causing problems when Kyron Lightfoot showed a bit of trickery before getting fouled and Alfie Paxman took everybody by surprise when he smashed home a free kick from the right into the far top corner making it 5-2 to Dover and taking the match ball. A strong and positive performance from Dover.