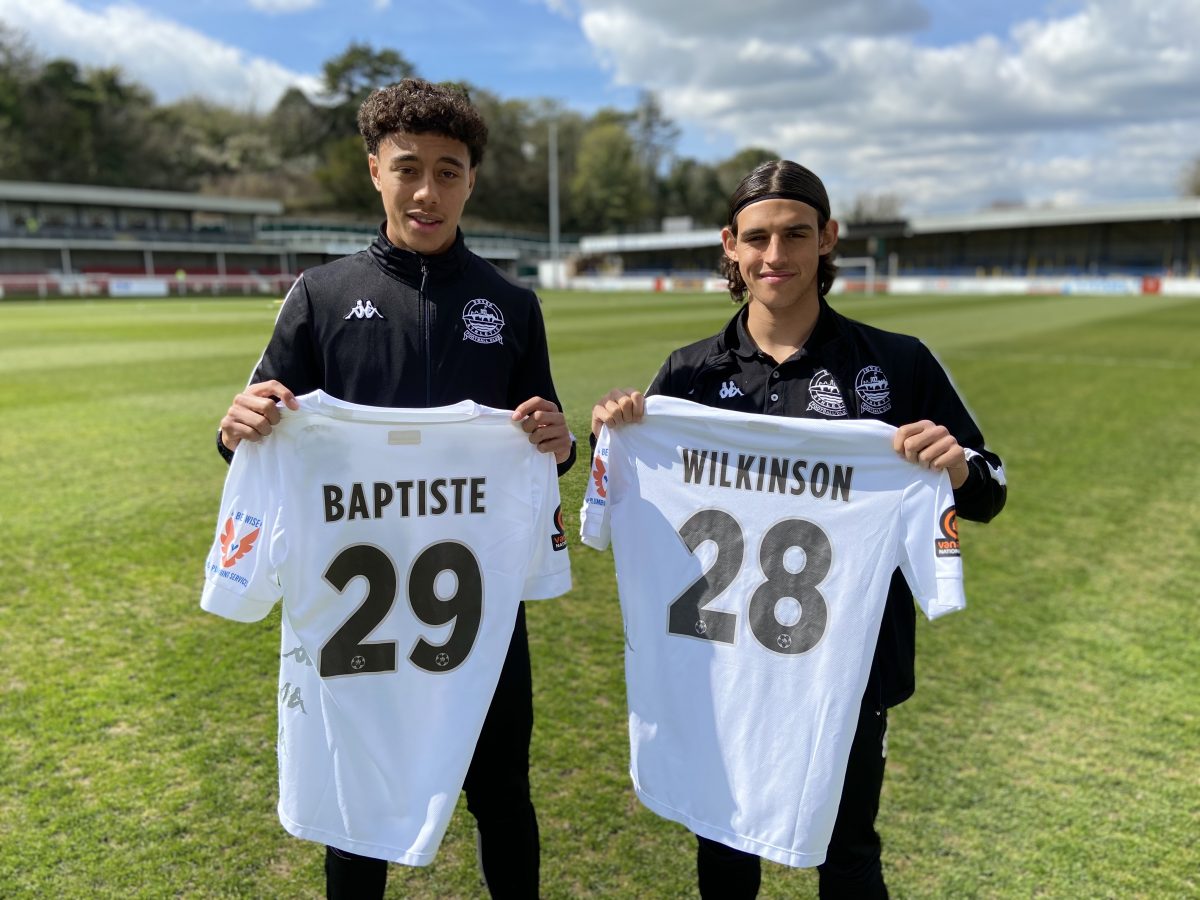 Dover Athletic Football Club is delighted to announce that highly-rated teenage midfielders George Wilkinson and Luke Baptiste have both put pen-to-paper on professional deals with the club.

The Dover Athletic Academy duo, who are both 18, have impressed with their performances for manager Andy Hessenthaler’s squad since making their senior debuts as second-half substitutes in the FA Trophy defeat against Bromley at Crabble last December.

Wilkinson has made 15 National League appearances since making his league debut at Wealdstone in January, scoring once, a stunning effort in the 6-5 defeat at Wrexham last month.

Baptiste got his first start away at FC Halifax Town last month and has appeared four times since then, earning Man-of-the-Match honours in the 1-1 draw with King’s Lynn Town at Crabble earlier this month.