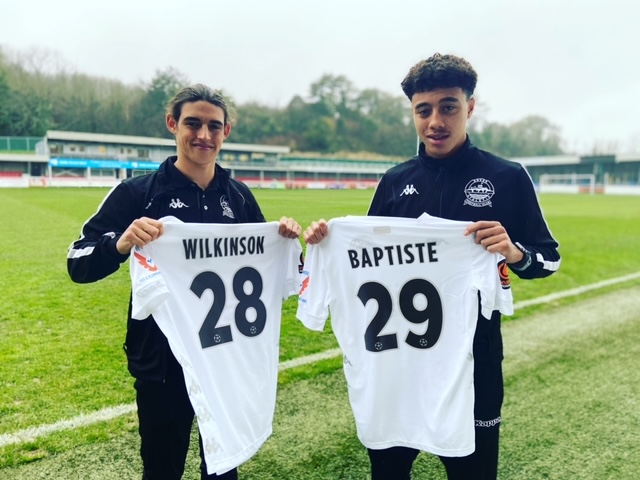 Dover Athletic is proud to announce that two of our Academy youngsters have signed with the club.

Midfielders George Wilkinson and Luke Baptiste have already played for Andy Hessenthaler’s side this season, both coming on as second-half substitutes in the FA Trophy defeat against Bromley at Crabble last month.