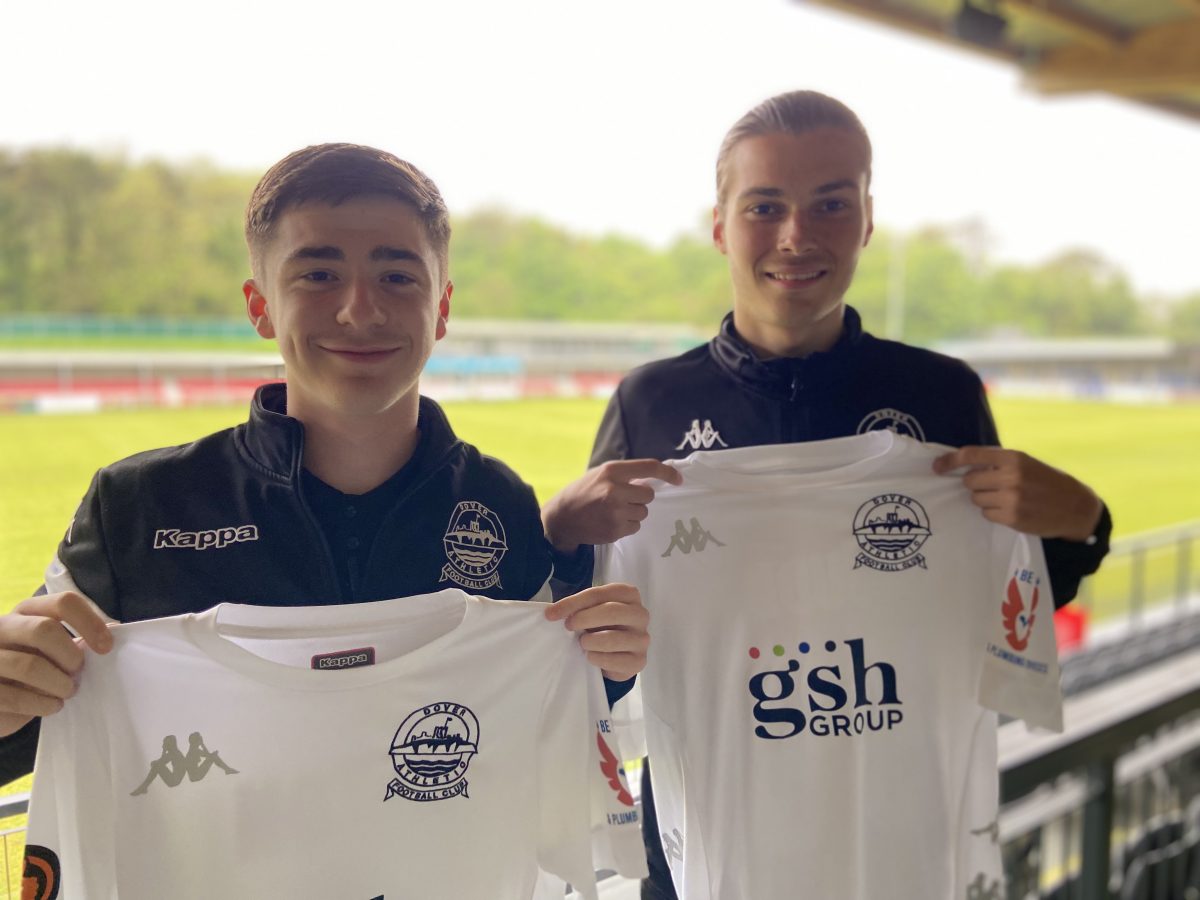 Dover Athletic are delighted to announce that Academy teenagers George Nikaj and Harrison Byford have signed their first professional contracts with the club.

The pair both got their first taste of senior football with manager Andy Hessenthaler’s side last season.

Right-back Byford, 18, made his debut after coming on as a second-half substitute in the 2-1 National League defeat at FC Halifax Town on March 12.

He went on to make a further five appearances.

Forward Nikaj, 19, made his senior debut as a second-half substitute in the 1-1 National League draw with Kings Lynn Town at Crabble on April 2.