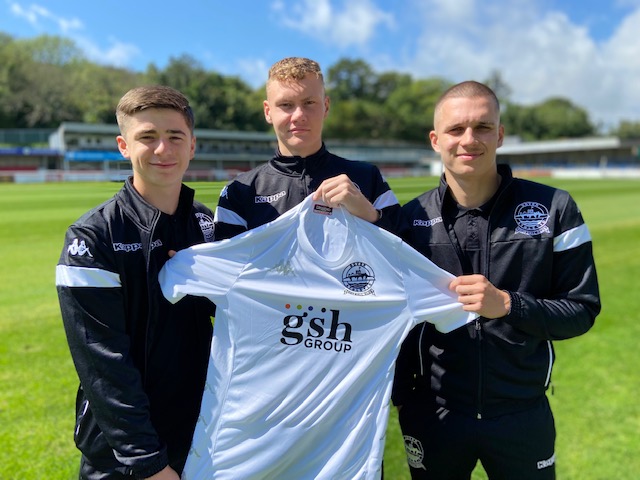 Dover Athletic is proud to announce that three of our Academy youngsters have signed their first professional contracts with the club.

Right-back Harrison Byford, forward Noah Carney, and Alex Green, who can play at centre back or left back, have all featured and impressed during our pre-season campaign.

Harrison and Noah are both 17 while Alex, the Academy captain, is 18.

Manager Andy Hessenthaler said: “We are delighted that the three lads have signed with us. They have put in some good performances and shown plenty of potential, which is why they deserve this recognition.

“This is reflective of everything the Academy should be about. In these players, we see locally born youngsters developing on and off the field from their first steps into football to now into the first-team squad.”

Academy Manager Mike Sandmann said he was really pleased the three had taken their opportunity when given to them by the manager.

He said: “It’s evident to all the young players the pathway we now have into the first team and the ones that have been given the opportunity have taken it with both hands.

“Credit needs to go to Noah, Harrison, and Alex  – their work ethic is outstanding, always wanting to improve and they are great characters too.

“We provide an environment at the Academy that allows the players to develop, improve, and seeing another three lads given this opportunity will give everyone else a lift and an extra determination to work hard every day on the training pitch.

“Once again it shows that the manager and the club are willing to give young players a chance and that’s really important.

“The young players still have plenty of learning to do and now they are in the perfect environment regularly to continue doing that.”

Green will wear the number 12 shirt, Carney has been given number 19, while Byford will have 24 on his back.