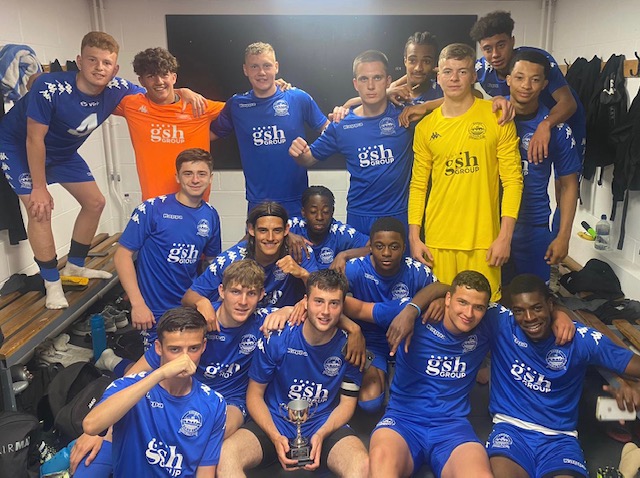 The Dover Athletic Academy finished the season in style after beating their Dartford counterparts to win the Kent Academies Cup final on Wednesday.

Rolando Onu and Alex Green scored the goals as Dover came from behind to beat the hosts.

Manager Mike Sandmann was not surprisingly absolutely delighted with the result.

He said: “It was a fantastic win against a very strong Dartford team and its a great way for some of the boys to sign off from their time with the Academy.

“It was a great atmosphere with so many people turning out and I’m pleased for the boys they got to experience that.

“The game from start to finish was a high tempo battle and our lads had to show real character from going a goal behind.

“Dartford has been the stand-out team this season and we knew we would need to do something different against them to try and win the game.

“We said before the game to use the final as a celebration to the end a really tough time the last two seasons with all the disruptions due to Covid-19 and I couldn’t be any more proud of the lads.”