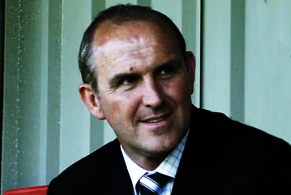 *BS*ARSENE WENGER is sending down a team of young Arsenal stars to take on Dover Athletic on August 3.

*BF*Wenger has a wealth of talented young footballers at the Emirates and whatever side he decides to send down to Crabble will be worth watching.

Former manager Andy Hessenthaler will also be bringing his Gillingham side down for a friendly on July 19, no doubt hoping to restore Kent bragging rights after our 2-0 win at Priestfield in the FA Cup.

The players return for pre-season training on July and four friendlies – all at home so far – have been organised so far and they are as follows:

One player who will definitely be reporting back for training is goalkeeper Lee Hook, who has signed a new one-year deal and taken a sizeable pay-cut to stay. Boss Martin Hayes praised Hook for his attitude and application since he became manager.

He said: “Lee wants to stay here and took a sizeable wage cut too. He wants to challenge Ross for that No1 position and is keen to be part of what we want to build here.

“His attitude since I arrived at the club has been first-class. He has never moaned, just got on with training, working hard and showing me he wants to be a Dover player.

“We need two decent keepers and now have that.”

But Hayes warned that the club will only wait so long for other players to sign new deals.

He said: “Some players want to negotiate their wages but we are trying to stay realistic here. Most people around the country are suffering job losses and pay-cuts, or pay-freezes.

“We don’t want to overspend money in what are tough times for football too. I need to make sure we have a squad of players who want to be here – and not just for the money.

“The lads here at Dover get very well looked after and paid on time. That’s not always the case elsewhere.”

He said: “We’re selling to players our project. We want to challenge for the title and get promoted into the Premier. We are ambitious and want players who are like-minded.”