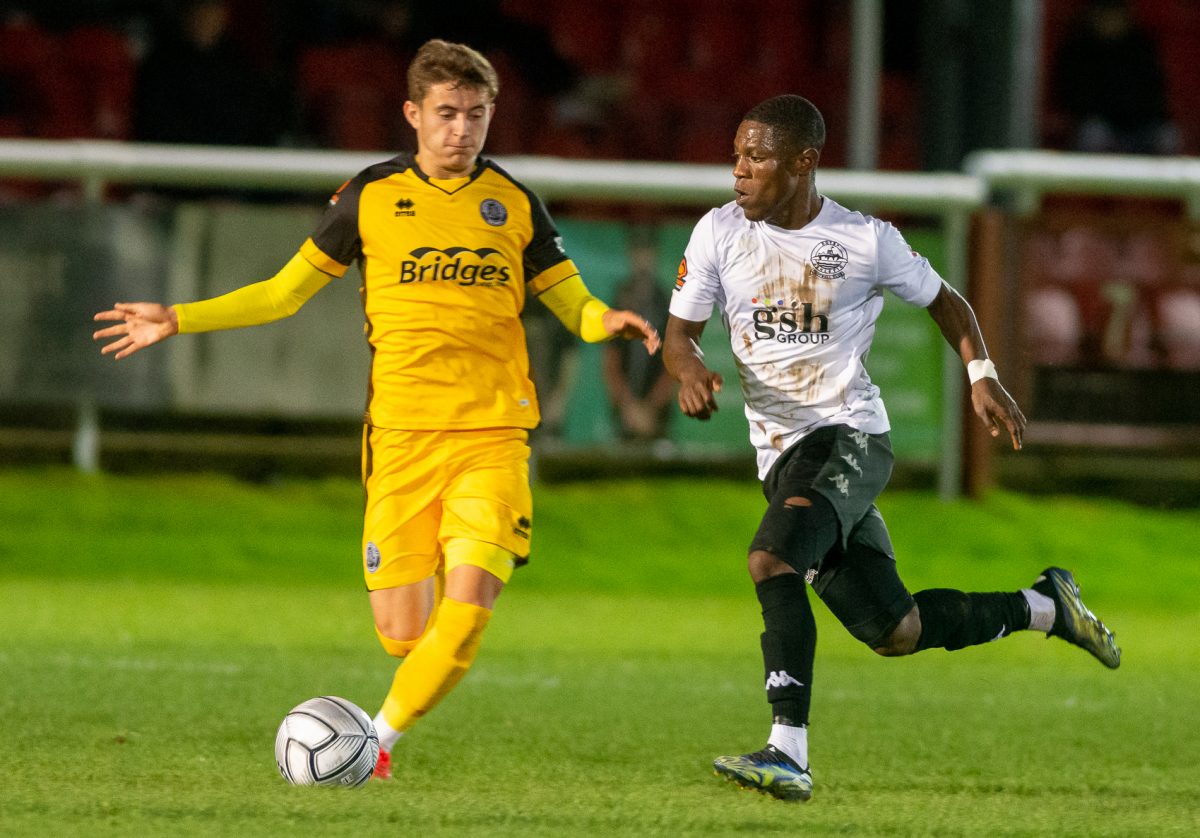 Koby Arthur admits he might not have got the opportunity to play for Dover Athletic had it not been for a kind gesture in June.

The former Birmingham City midfielder saw the details for our Invitational-only trial at the Abbey School in Faversham, but only after the deadline for applications had passed.

The 25-year-old thought his chance had gone but still emailed his CV into trial organiser Richard Harvey.

And our resident Aussie Kit Manager, among other job titles, wasn’t about to disappoint the talented Ghanaian pocket-rocket as Arthur explains.

He said: “I only contacted Richard the day before the trial, but he still took the time to contact me and gave me that chance to come down.

“Football is a cruel game at times, especially when you are looking to get back into it after a couple of tough years, and sometimes you just need that one bit of good fortune.

“Richard could have so easily said no because I had missed the deadline, but he didn’t, and I am really indebted to him for giving me the chance to come along.”

Arthur impressed the management team in the trial game and was duly invited back in for pre-season.

However, there was another twist in the tale for Arthur, who made 16 appearances in all competitions for Birmingham, including 12 in the Championship after making his debut against Wolves in April 2013.

After just a couple of sessions with Andy Hessenthaler’s squad, Arthur had to return home to Birmingham after his young son was taken ill.

He stayed by his side until heading back south on the day of the Watford pre-season friendly.

He played in that game and backed up that impressive performance less than 24 hours later, scoring our first goal after just 17 seconds in the 4-0 win at Tonbridge Angels.

Hess had seen enough, and Arthur agreed terms in August.

While our number 22, who was a member of Macclesfield Town’s National League winning team in the 2017/2018 season, is delighted to be at Crabble, he’s not here to go through the motions.

He said: “I been given this opportunity and I am making sacrifices to take it.

“I stay with family in London during the week before heading back home to Birmingham to see my partner and son.

“You can be sure that I’m ready to work and work really hard for the team in each and every game I play.

“I can imagine what the fans are going through right now given how the season has started for the club, but I am not about to give up and neither should the fans.