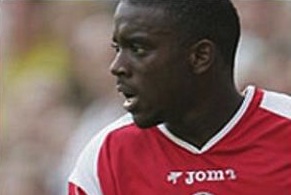 *BS*MARTIN HAYES has strengthened his squad for the club’s play-off bid, signing Nathan Ashton from Marlow.*BF*

The 24 year-old has been brought in to add balance to Whites’ midfield options. He has a professional pedigree with Charlton Athletic and Wycombe Wanderers.

Also comfortable at left back, Ashton represented England at youth and Under-20 level whilst at Charlton. He scored on debut for Cray Wanderers in December 2010 before joining Marlow recently.

The left-sided midfielder joins 19 year-old Jack Pallen as a new face in Whites’ squad. The former Dartford and Chatham striker came on as a substitute in last Saturday’s 1-0 victory at Maidenhead.

*Ppic1*The signings increase Martin Hayes’ options back up to 20 players for the final 11 games of the season. With a quarter of the season to go, Dover lie four points off the play-offs with two games in hand.

Midfielder Jon Wallis spoke to the Kent Messenger this week about the tactical changes which have seen an up turn in form and results in the last few weeks.

Wallis said: “We were playing 4-4-2 but instead of changing the personnel, the manager looked at changes elsewhere and we’re now putting a run of results together.

“It was tough at first as he came in late but he’s brought in a few faces and we are now finding stability in the squad.

“We are a confident team now and have a good chance of finishing really high in the play-offs. That’s what we are aiming for.”