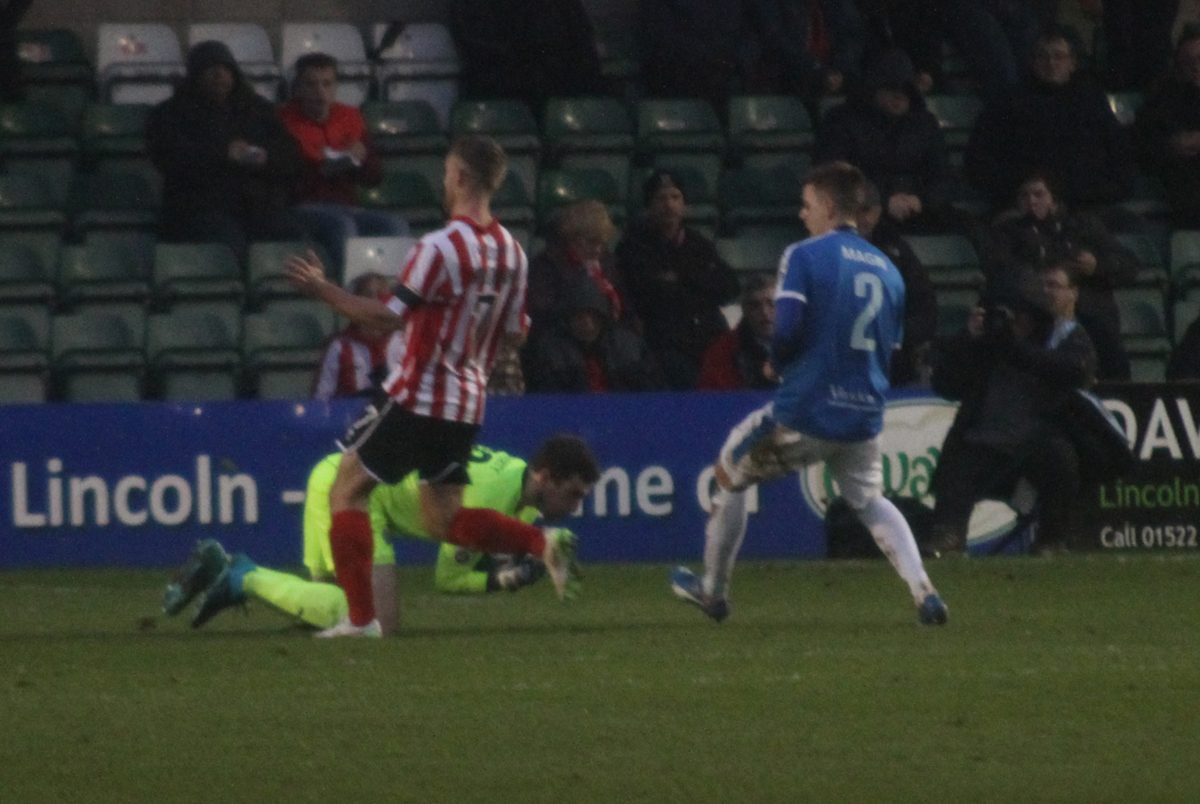 In this edition of the ‘Ask A White’ feature, Andy discusses his interests outside of football, what made him become a goalkeeper, and his favourite experience of playing for Whites – plus much more!

Further sessions with Whites stars are planned for the near future.

Below is the transcript from the Q&A session with Andy Rafferty.

*BS*@sirafferty: What’s the reason you chose to become a goalkeeper? Is there any player or person behind this?*BF*
Andy: My older brother used to insist on me going in goal! I used to play right back for my school, but our keeper got injured and I went in – and haven’t looked back since.

*BS*@jackosullivan01: How do you prepare on a Friday/Monday night for a match the next day?*BF*
Andy: Relax in the bath with a good book! Nothing different to most nights really – early night, decent bit of food.

*BS*@WilliamBussey3: Who do you get along with the best at the club?*BF*
Andy: I get along with all the boys pretty well, I sit next to Raggs (Sean Raggett) on the coach and train usually so I’ll say him.

*BS*@GroombridgeT: Who is the joker in the dressing room?*BF*
Andy: It was Tom Wynter, there wasn’t a moment’s peace with him about. No real jokers, although Murph (Tom Murphy) and Payney (Stefan Payne) are usually laughing about something!

*BS*@RVjourno: Who’s got the hardest shot at the club?*BF*
Andy: Probably Stefan Payne I think, although big Duane smashed one past me last night!

*BS*@JacobChesterton: Best player you’ve ever played with or against?*BF*
Andy: Good question. I trained with Walcott, Crouch and Lallana at Southampton.. does that count?

*BS*@lloyd9004: Because of the weather during the Welling match, do you agree with the ref’s decision to call the match off?*BF*
Andy: It was bad, I was better off with a canoe! I think it was the right decision, but he waited until it had stopped raining to call it off!

*BS*@jackosullivan01: Who in your personal life has been your biggest influence?*BF*
Andy: I would say my grandad. Always supported me from a young age and always on the end of the phone.

*BS*@RVjourno: Can you swim, Raff?*BF*
Andy: Yes, very well! Done all my swimming badges and life saving stuff when I was younger!

*BS*@RVjourno: Fellow goalkeeper Mitch Walker likes fishing, whilst goalkeeping coach Lee Hook likes fake tanning cream – what about you?*BF*
Andy: Hooky likes tanning just his face.. I ride my bikes a lot. Not so much down here, but back up North I’d always be out in the country.

*BS*@pearcey33: Have you ever met Jeff Stelling? He spoke highly of you on Soccer Saturday.*BF*
Andy: He has been in the changing rooms at Hartlepool games after matches, said hello but I can’t say he is a mate.

*BS*@matthew_gerrard: What book are you reading at the moment?*BF*
Andy: ‘With The Old Breed’ by Eugene Sledge. His own account of the war in the Pacific. His story is the basis for HBO’s ‘The Pacific’. Great box set!

*BS*@jackosullivan01: What three words would you friends/family use to describe you?*BF*
Andy: Ambitious, head-strong and git!

*BS*@Dines_11: How many of Ricky Miller’s penalties have you saved, or does he have the better of you?*BF*
Andy: I don’t think I have ever faced Rick for a pen!

*BS*@lloyd9004: What was it like to play Crystal Palace at Crabble in the FA Cup in 2015?*BF*
Andy: It was a great experience, one that I am proud to be part of. Result aside, of course.

*BS*@DoverAFCfan: How do you cope with the stick of away fans behind your goal?*BF*
Andy: It depends what they are like! Some are funny & I have a bit of chat back. But others you just have to ignore.

*BS*@JacobChesterton: Who is better – Ronaldo or Messi?*BF*
Andy: I prefer Ronaldo. Would love to see Messi in the Prem to see if he can do what he does in the Spanish leagues.

*BS*@peter_ray79: As a goalkeeper you see the game in front of you, so where do you think the team need to strengthen/improve?*BF*
Andy: I don’t think we need to strengthen because the league position shows we are more than capable – but goals win games, and clean sheets make it easier!

*BS*@jackosullivan01: What sides results do you look out for first?*BF*
Andy: Usually Chelsea, Newcastle and Hartlepool. More recently, Leatherhead to see how the Academy boss (Mike Sandmann) is getting on!

*BS*@matthew_gerrard: I think you coach for the Academy – do we have any future Sean Raggett’s coming through?*BF*
Andy: Yes, there are a couple we have high hopes for. I was pleasantly surprised at the standard of the boys when I first joined.

*BS*@jackosullivan01: How much of a goalkeeper’s game relies on confidence, and is it easy to pick yourself up after a bad game/bad moment?*BF*
Andy: It’s a part of the game. The older I have got, and the more experience of the good and bad I’ve had, the better I have got with dealing with the bad moments.

*BS*@RVjourno: Who is the untidiest in the dressing room, and who do you sit next to?*BF*
Andy: I sit next to Mitch, and the other side was Toby Ajala, who seemed to have bags and boots everywhere!

*BS*@pearcey33: If the first half does not go well, are CK or Jake cup throwers?*BF*
Andy: Neither are cup throwers really, although I think Jake gets the more animated.

*BS*@RVjourno: FA Cup Third Round this week – bring back memories of last season?*BF*
Andy: Yes, it brings good memories but a result at Lincoln tomorrow is the priority now. [Whites went on to win the match 3-2].

*BS*Final message from Andy*BF*: Thanks for all of the support so far by the fans this season. Myself and the boys all appreciate it, and hopefully we can kick on again and do something big this season!