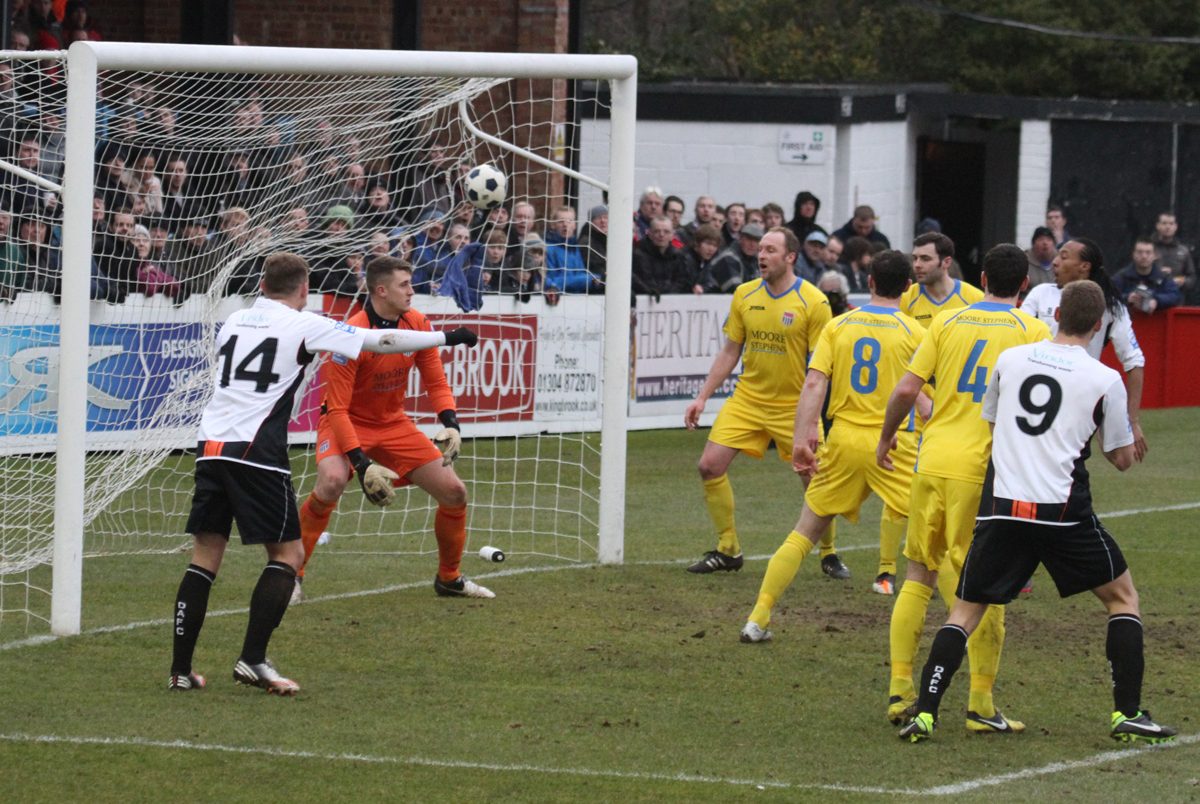 Whites’ boss praised his side’s spirit and determination in gaining the three points: “We deserved it. We knew they would be disciplined and they had their captain playing in front of the defence. They tried to make it difficult, but the lads stuck at it.”

Commenting on his unbeaten run since taking over as manager for a second time, “The players could easily have been resentful when I came in but they aren’t and they have great spirit. This side will never get down, even if the other team have the ball for a while.”

Dover pay a visit to Maidenhead on Tuesday night with no new injury concerns and Chris is aware of the potential danger ahead: “They have a lot of flair and I expect them to throw people at us, so we will have to deal with that.”

Captain Ian Simpemba will be available for selection on Tuesday before starting a five match suspension, comprising three matches for his red card at Boreham Wood and two matches for receiving 10 yellow cards this season.