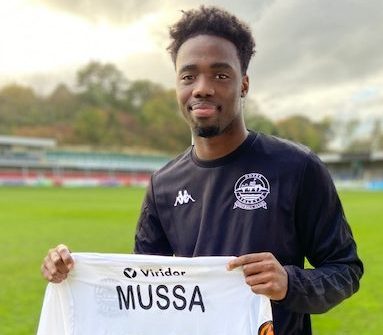 Dover Athletic are delighted to announce the signing of attacking midfielder Omar Mussa.

Omar, who played one pre-season game for Andy Hesentahler’s team before returning home, came up through the ranks at Mechelen and has been capped at under-16 to under 19 levels for his country.